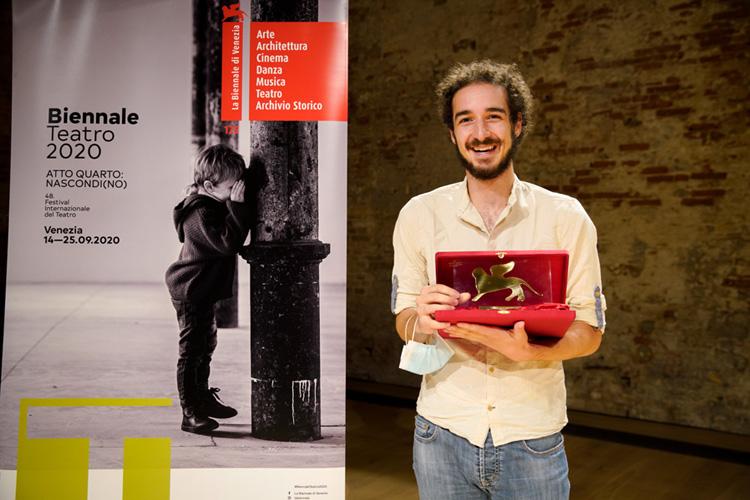 Awards attributed by an International Jury of critics at the conclusion of the Festival. Special Mention to La tragedia è finita, Platonov by Liv Ferracchiati.

Glory Wall by Leonardo Manzan is the winner of the Best Play Award of the 48th International Theatre Festival directed by Antonio Latella and organized by La Biennale di Venezia.

Instituted exceptionally in the context of a very particular year to introduce young Italian artists to audiences abroad, the Best Play Award is also, in the words of Director Antonio Latella, “a sign of positivity, of aspiration and hope for the Italian theatre that will represent us”.

The winning play is Glory Wall, directed by Leonardo Manzan, who co-wrote the script with Rocco Placidi.

Statement of the Jury: “The winner of Biennale Teatro 2020, Glory Wall, directed by Leonardo Manzan, is the play who has coped in a more fresh and radical way with the subject of the event: censorship.
Understanding than censorship has always to do with power. In this case with the power, or lack of it, of our theatre.
The title itself, Glory Wall, speaks loud given the allusion to Glory Hole, and its sexual connotations, as well as the concept of 'wall' that looms large in our global world. Confronting the audience with a white wall, blocking the view of the stage, Manzan plays in a very intelligent, ironically and humorous way with the ideas of censoring oneself, others and the dwindling importance of the theatre. Using the wall as a metaphor for not only the separation between the stage and the audience, but also as a symbol for the separation of ideas, countries and people in general.
The way in which he plays on this wall is radical, consistent and formally very imaginative, creating pictures and scenes that will resonate for a long time, interacting with the audience through tiny holes. He does it in a game where he is actually the director of fragmentary bodily parts, namely, hands, fingers and wrists, which perform micro-actions through these holes. The piece takes Beckett's experiment with Not I, to another level.
Manzan also performs the task of instructing audience members in the delivery of some of the text, inviting them to take on various roles about leading male people of history -Giordano Bruno, De Sade, Pier Paolo Pasolini- who have been censored. Making the play interactive in a rather unusual way. He might even be seen as an invisible orchestra director, who imbues the performance with a vibrant rhythm and pace, which keeps spectators gripped.
His way of questioning the role and meaning of theatre today is provocative and relentless, but at the same time devoted and committed. In conclusion, in Italy where 'new writing and young playwrights' has for too long been neglected, under-nourished and unsupported, it is a pleasure to be able to give this brand new award to a piece of new writing which not only grapples with the Biennale festival theme of censorship, but offers audience members a challenging and highly entertaining show that retakes the power of theatre. And its community.”

A special mention has been awarded by the jury to La tragedia è finita, Platonov, a rewrite of Anton Chekhov’s Platonov, directed by Liv Ferracchiati.

Statement of the Jury: “Liv Ferracchiati confronts in a simple, but convincing and touching way the character of a classical play (Platonov, by Chekhov) with his own autobiographical thoughts as a reader of the story. Looking at the characters and their motives from today’s point of view, a new piece emerges that not only questions the role of classical text for theatre today, but also frees the characters from their ‘imprisonment’ at the time they were created.
Liv Ferracchiati is not only the author and the director of the play. In addition to that he plays the figure of a new character, the Reader of the play, with such devoted and breathtaking authenticity, that he as a character is quite essential for the success of the piece, creating an ironic and illuminating dialogue between himself and the Russian author.
Eliminating several male characters and placing centre stage four women, audience members in 2020, who might find Chekhov's sexual and gender politics antiquated, can immediately identify with the Reader's satirical, deadpan comments on the onstage action. It is of course an added bonus that Liv is also a superb actor.
So the special mention of Biennale 2020 goes to Liv Ferracchiati for actualizing the repertoire in the smartest way possible: not by just actualizing it, but by reflecting on it from the here and now, putting in a new light what should we do to live a meaningful life, how should we relate ourselves with the world, how to act, questions that are very urgent right now.” 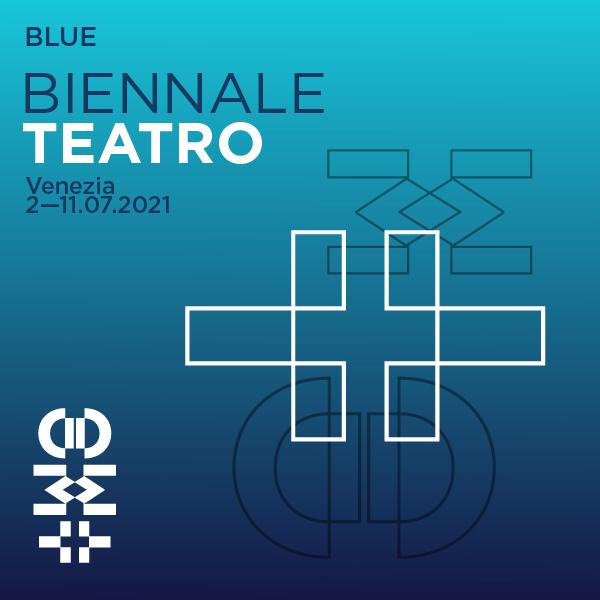 Theatre
Starting from Monday 21 June, the presale of the shows of the Biennale Teatro 2021

The tickets of the 49th International Theatre Festival (2 > 11 July) will be available to buy exclusively online.

Theatre
The 2021 Lion Awards for Theatre 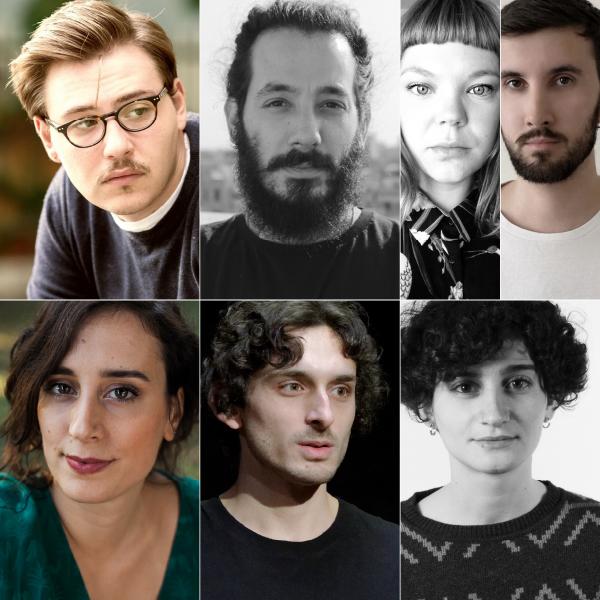 Directors ricci/forte have selected 6 projects that will participate in the final phase of the programme dedicated to Italian directors under 35.