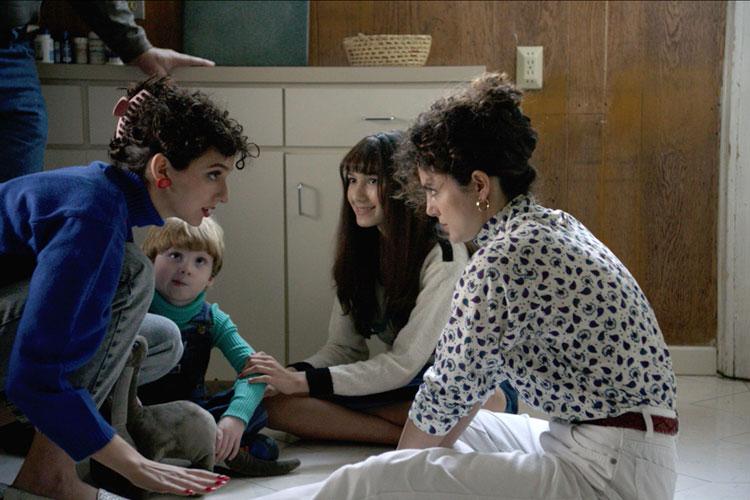 International acclaim for the films of the Biennale College Cinema

The Cathedral (USA) by Ricky D’Ambrose in the line-up of the Sundance Film Festival 2022. This is not a Burial, it’s a Resurrection (Lesotho, South Africa) by Jeremiah Mosese, acquired by Criterion Channel.

Significant new international acknowledgments have been obtained by the films of the Biennale College Cinema, the higher education laboratory of La Biennale di Venezia addressed to emerging directors and producers from around the world, now in its 10th year, which has developed and produced 30 micro-budget feature films as of today.

The Cathedral (USA) by Ricky D’Ambrose (director) and Graham Swon (producer), produced for the 9th edition 2020-2021 of the Biennale College Cinema, is in the lineup of the imminent 2022 edition of the Sundance Film Festival (from Thursday January 20th to Sunday January 30th) in the NEXT section, dedicated to the new generations of America’s most courageous and experimental independent cinema.

The Cathedral – the story of a boy, against the background of the rise and fall of an American family over the span of two decades, which successfully premiered at the 78th Venice International Film Festival 2022 – is the fifth film from the Biennale College Cinema to be selected for the Sundance Film Festival following Memphis (USA) by Tim Sutton (1st edition 2012-2013), H. (USA, Lebanon, India) by Rania Attieh and Daniel Garcia (2nd edition 2013-2014), The Fits (USA) by Anna Rose Holmer (3rd edition 2014-2015), and This is not a Burial, it’s a Resurrection (Lesotho, South Africa) by Jeremiah Mosese (7th edition 2018-2019).

This is not a Burial, it’s a Resurrection

This is not a Burial, it’s a Resurrection (Lesotho, South Africa) by Jeremiah Mosese (director), Cait Pansegrouw and Bongiwe Selane (producers) – developed during the 7th edition 2018-2019 of the Biennale College Cinema and nominated for the 2021 Oscars for Lesotho – has just been acquired by Criterion Channel, the streaming service of the prestigious Criterion Collection dedicated to restored film classics and contemporary works, and defined by director Wes Anderson as the “Louvre of films”.

This is not a Burial, it’s a Resurrection – set in a small village in Lesotho, defined as a “magical-realistic fairy tale between tradition and progress” and hailed as a “reference point for African cinema” – was also recently ranked as one of the best films seen in 2021 by the website RogerEbert.com, the online magazine founded by the great American film critic, now deceased, and continued by critics who recognize themselves in his work.

Overall, since the first edition of the Biennale College Cinema was launched in 2012, over the span of 10 years La Biennale di Venezia has directly financed, with grants of 150 thousand euro each, 30 feature films by emerging directors selected from over two thousand applications submitted from around the world (along with 20 feature films produced with personal financing). Following their world premiere at the Venice Film Festival, many of these feature films have been presented and won awards at the major international film festivals.

The Biennale College Cinema, organized by La Biennale di Venezia, enjoys the support of the Ministry of Culture – General Directorate Cinema. It relies on the academic collaboration of the Gotham Film & Media Institute (previously known as IFP) and the TorinoFilmLab. The Director is Alberto Barbera, the Head of Programme is Savina Neirotti.