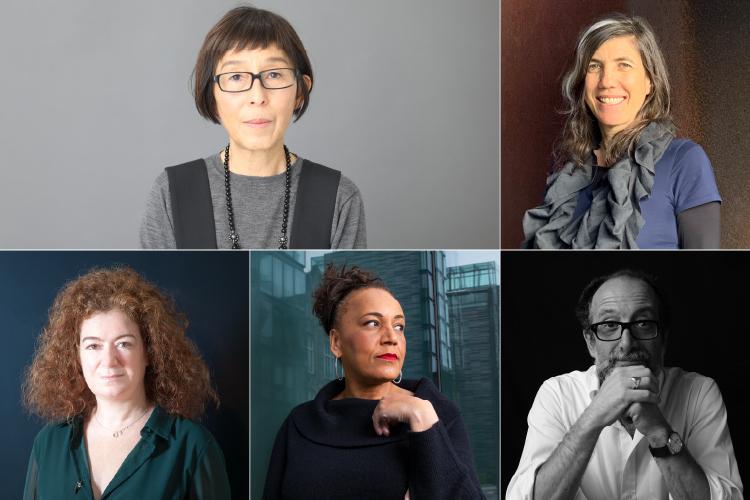 The International Jury of the Biennale Architettura 2021

The Jury, chaired by Kazuyo Sejima, will award the official prizes. The Awards Ceremony will take place on Monday 30th August 2021.

The Board of Directors of La Biennale di Venezia has appointed, upon recommendation by the Curator Hashim Sarkis, the International Jury of the 17th International Architecture Exhibition (22 May > 21 November 2021) which is made up of the following members:

Kazuyo Sejima - President (Japan)
Architect and winner of the Pritzker Prize in 2010, she curated the Biennale Architettura (People meet in architecture) that same year. Owner and founder of the firm SANAA with Ryue Nishizawa, she is distinguished by her commitment to architectural form as the field’s primary domain of intervention in the social and spatial realms.

Sandra Barclay (Peru), an architect working between Lima and Paris, was the co-curator for the Peruvian Pavilion at the Biennale Architettura 2016, winning a Special Mention of the Jury. She brings a heightened awareness of the poetic role of architecture as a transformative building act in extreme contexts.

Lamia Joreige (Lebanon) is a visual artist and filmmaker who lives and works in Beirut. Co-founder and co-director of the Beirut Art Center, she offers a very acute view of architecture and the city as cultural material and as rich domains for artistic expression.

Luca Molinari (Italy) is an architect, historian, critic, journalist and curator. In 2010 he was the curator of the Italian Pavilion at the 12th International Architecture Exhibition of La Biennale di Venezia. He is the scientific director of the M9 Museum in Mestre (Venice). His profile ensures a vast array of angles from which he views architecture, its public role, and the agency of the architect in society.

The Jury may also award:

The Awards Ceremony will take place in Venice on Monday, August 30th 2021.

Biographies of the Jurors

Kazuyo Sejima was born in Ibaraki, Japan. She received a degree in architecture from the Japan Women's University in 1981. In 1987 she opened her own studio in Tokyo and in 1995, together with Ryue Nishizawa, founded SANAA. Her own works include: House in Plum Grove, Inujima Art House project, and the Japan Women’s University Mejiro Campus; SANAA’s most significant works include the 21st Century Museum of Contemporary Art in Kanazawa, the Rolex Learning Center (École Polytechnique Fédérale de Lausanne), the Louvre-Lens, Grace Farms, and La Samaritaine.
Winner in 2004 of a Golden Lion at the 9th International Architecture Exhibition of La Biennale di Venezia, in 2010 she won the Pritzker Architecture Prize and was appointed curator of the 12th International Architecture Exhibition of La Biennale di Venezia (People meet in architecture). Her honours also include the Japan Architecture Award, the Rolf Schock Prize in the Category of Visual Arts, Officier de l’Ordre des Arts et des Letters, Prix de l'Équerre d'Argent, the Medal with Purple Ribbon, and the Thomas Jefferson Medal in Architecture.
She is currently a professor at the Polytechnic University of Milan and the Yokohama Graduate School of Architecture (Y-GSA). She is a Visiting Professor at the Japan Women’s University and the Osaka University of Arts.

Sandra Barclay was born in Lima, Peru in 1967. Trained as an architect in Lima and Paris, she earned her Masters degree in Landscape and Territory at the Pontificia Universidad Católica del Perú, where she currently teaches. She is a foreign member of the French Académie d’Architecture and Honorary Fellow of the American Institute of Architects.
She was the co-curator, with J. P. Crousse, of the Peruvian Pavilion at the 15th International Architecture Exhibition of La Biennale di Venezia in 2016, which won a Special Mention of the Jury.
She is the owner, with Jean Pierre Crousse, of the firm Barclay & Crousse Architecture, which has two offices, one in Paris since 1994, and one in Lima since 2006. The studio manages a wide range of programs on a transcontinental basis, leading a design laboratory that explores the bonds between landscape, climate and architecture. Their most important projects in Peru include the Equis House (2003), the Place of Remembrance (2015), the Edificio E Lecture Building of the Universidad de Piura (2016) and the Paracas Museum (2016).

Lamia Joreige is a visual artist and filmmaker who lives and works in Beirut. She uses archival documents and elements of fiction to reflect on history and its possible narration and on the relation between individual stories and collective memory, exploring the possibilities of representing the Lebanese wars and their aftermath.
Lamia Joreige’s artworks have been shown at various festivals and exhibitions, including: the 52nd International Art Exhibition of La Biennale di Venezia (Lebanese pavilion), the MAXXI in Rome, Fondazione Sandretto Re Rebaudengo in Turin; Centre Pompidou and Musée Nicéphore Niépce (France); Carpenter Center, the ICP, the New Museum and the SFMOMA (USA); Liverpool Biennial, Tate Modern, Serpentine Gallery and Cardiff National Museum (United Kingdom); Mathaf, (Qatar); Sharjah Biennial (United Arab Emirates), Ashkal Alwan’s HomeWorks and Marfa gallery (Lebanon).
She is a research fellow at the Institute of Ideas and Imagination, Columbia University, Paris (2021), and at the Radcliffe Institute for Advanced Study, Harvard University (2016–2017). She is a co-founder and board member of the Beirut Art Center, which she co-directed from 2009 to 2014.

Luca Molinari is an architect, historian, critic, journalist and curator. He is a Full Professor of Architectural Theory and Design in the Department of Architecture and Industrial Design of the Università degli Studi della Campania “Luigi Vanvitelli” in Naples and PhD in Theory and History of Architecture at TU Delft (NL).
He writes as an independent critic for Italian and international newspapers and magazines, including Corriere della Sera, La Stampa, L’Espresso, Domus, Lotus, Abitare, Archis, L’architecture d’aujourd’hui, A+U, and is currently the Editor in Chief of Platform magazine. From 1995 to 2019 he was the editor of the Architecture book series at Skira Editore. Between 2001 and 2004 he was the Scientific Director for the Architecture and Urban Planning sections of the Triennale di Milano and a member of its Scientific Board.
In 2010 he was appointed curator of the Italian Pavilion at the 12th International Architecture Exhibition of La Biennale di Venezia. He is currently the Scientific Director of the M9 Museum in Mestre (Venice).
He has curated temporary exhibitions for Italian and foreign institutions and has recently been involved in the scientific curatorship of new museum structures such as the Transport Education Centre in Doha, Qatar; Istanbul City Museum; ADI Design Museum Milan; Museo della Gastronomia, Parma; M9 Museum, Mestre.  He has won many awards for his work in research and criticism, including the Ernesto N. Rogers Award, Jean Tschumi Prize, UIA Congress (2008), and was named Academician of Merit at the Perugia Fine Arts Academy (2016). 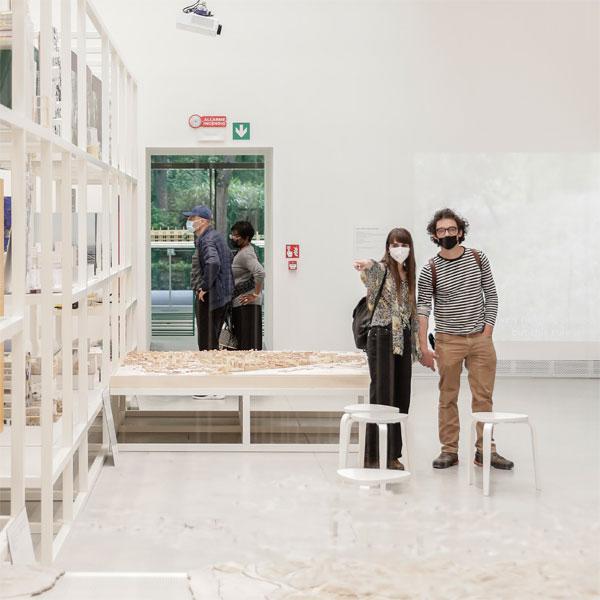 Admittance to the exhibition venues is not subject to the reservation of a day of visit. 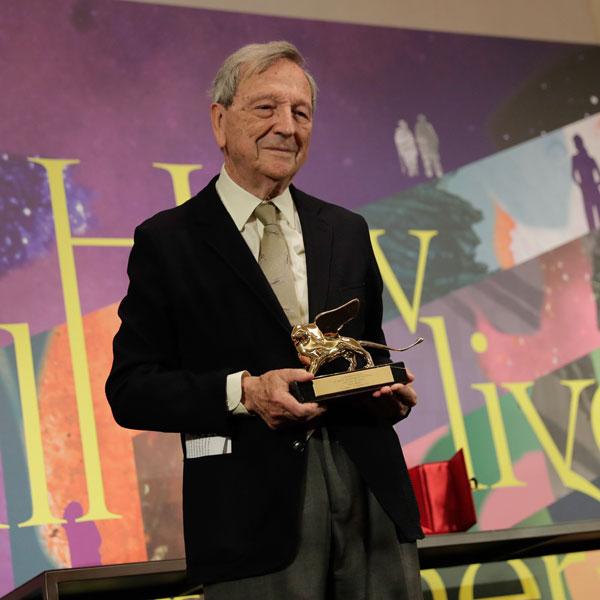 The inauguration of the Biennale Architettura 2021 and the Golden Lion award ceremony took place on Saturday 22 May at 11 am in Venice. 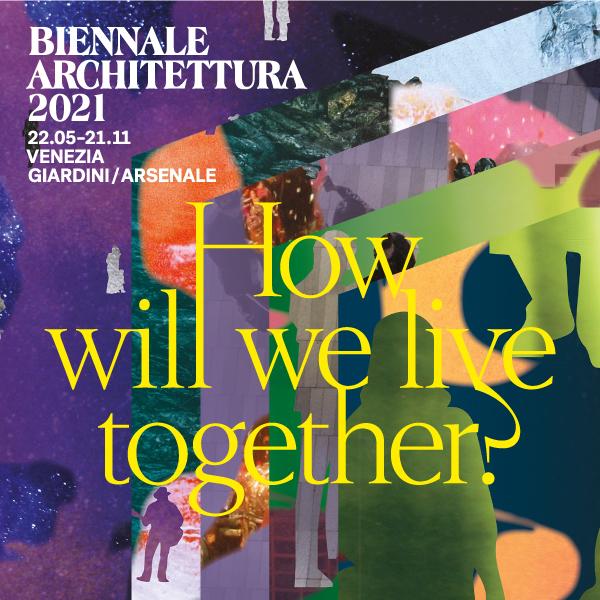 Architecture
Biennale Architettura 2021: How will we live together?

The 17th International Architecture Exhibition is open from 22 May to 21 November 2021 at the Giardini, Arsenale, and Forte Marghera.