Last year La Biennale di Venezia launched a call, to be developed over the three-year period 2018-19-20, dedicated to playwrights under the age of 40 in Italy, inviting them to work at writing a play that can narrate the present. This call is of great importance considering the significant interest in authorship today in many European and non-European countries, and the centrality of the theme "dramaturgies" to the Biennale Teatro this year.

181 authors responded to the call, of whom 20 were selected.
Of the 20 authors who participated in the dramaturgy masterclass held last year by Linda Dalisi and Letizia Russo (tutors for the entire three-year period of the Biennale College Teatro – Authors), 11 were selected.
These 11 authors were asked to write a play all on the same theme: at the end of this phase, the plays chosen to be read during the 47th International Theatre Festival are those of Caroline Baglioni, Pier Lorenzo Pisano, Dario Postiglione. 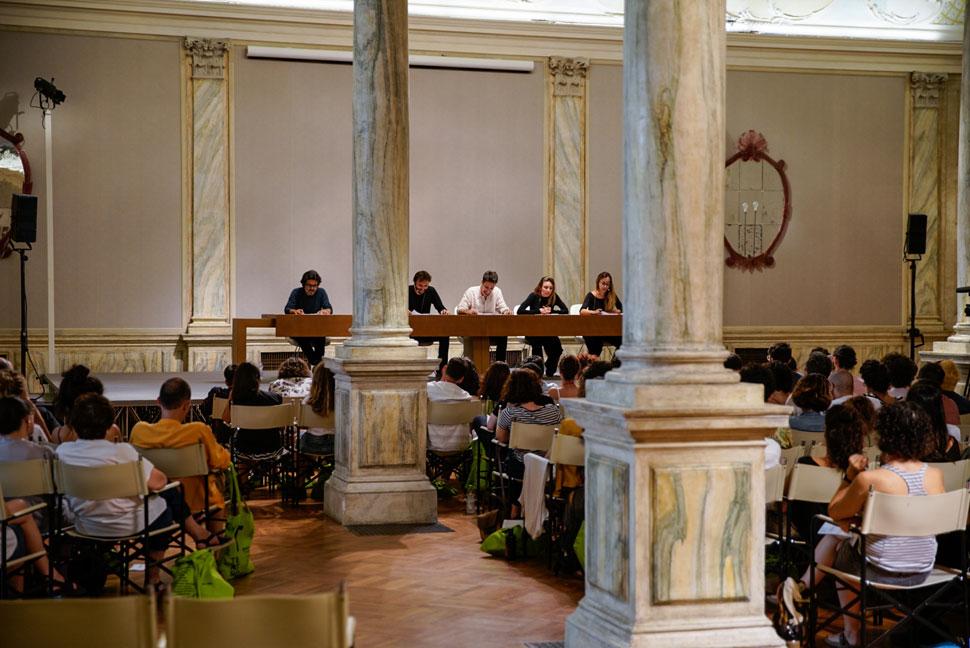