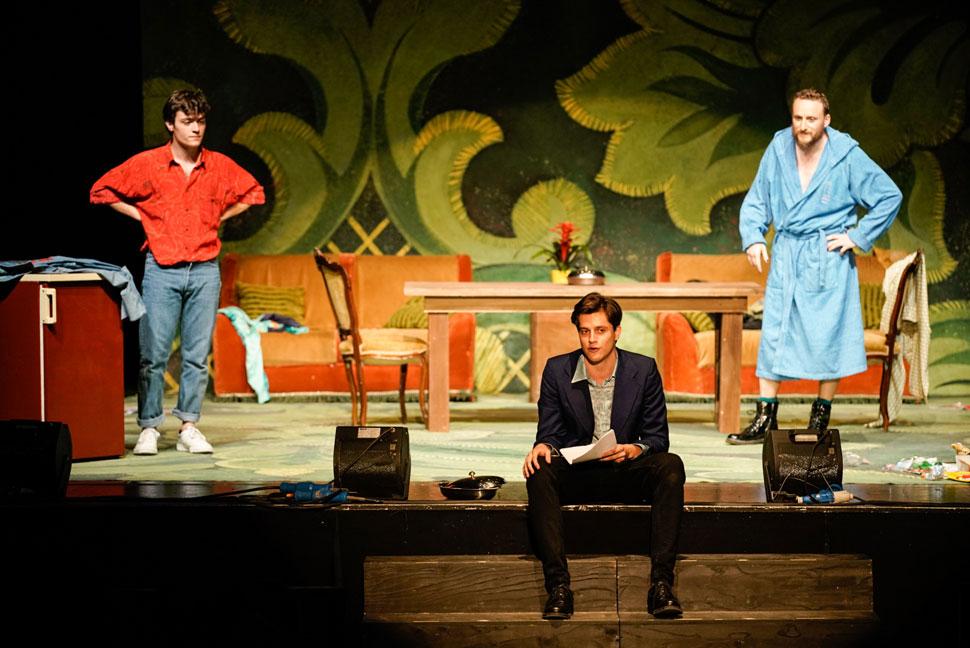 After the world premiere of Leonardo Manzan's show, Cirano deve morire, the Biennale College Teatro offers the Festival the debut of another young director: Giovanni Ortoleva, 26 years old from Florence, and winner of the special mention, will present Saul, freely inspired by André Gide and the Old Testament.

“Saul is perhaps the first myth given to us by the Western tradition to speak of individual failure; and failure is today the darkest horizon, that which seems to be lurking in the future for a planet that has been unable to take care of itself, a social system based on an economy that cannot control itself. I chose to tell Saul’s story to deal with this phantom. When all is said and done, our dramatic inability to tackle the debacle really amuses me.” (Giovanni Ortoleva)