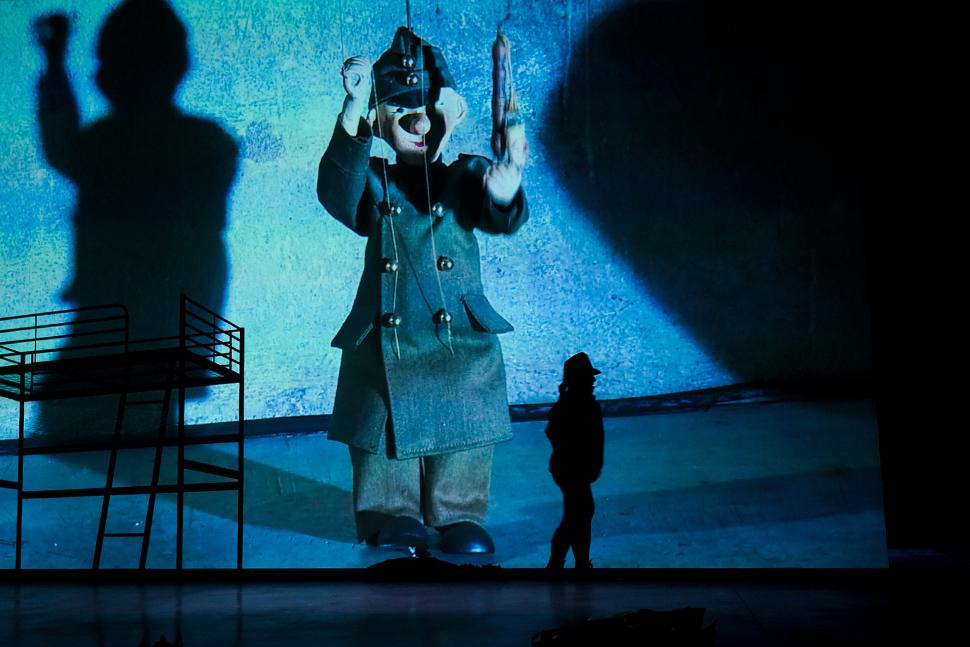 Barbara Voghera has been part of the Lenz ensemble since 1999. Hers is a long, inexhaustible theatre passion which has generated extraordinary artistic results over time.
The two souls of Life is a Dream coexist in her in external struggle: awareness ofthe inescapable tragedywhich is Man’s fate and the desire to escape from the real in the shape of an upside-down world freed of rules and laws, conventions and divine and statutory frameworks. The fluctuation between these two ethical-theatrical polarities is the actress’s performance field in a searing existential mirror, the real chromosome alteration state destined for objective subordination, concrete withdrawal of power, lesser self-realisation potential. In this destiny – marked by an “importunate star” (like that of Fenix’s The Constant Prince) – Voghera juxtaposes a subversive artistic furywith a desire for rebellion which does not give in to psycho-physical evidence, with beauty and unyielding power set against the arrogant violence of law and social convention. Real time is replaced with theatre’s suspended time and life’s narrow horizons are converted into an open, poetic New World (Friedrich Hölderlin, The Death of Empedocles).
Voghera’s emotional body establishes an emotional proximity, a striking psychic alliance with spectators: Barbara puts up no resistance to being seen for what she is, overlaying the spectator’s vision/screen with an unforeseen and unimagined expressive power. In contrast to Hamlet Solo, which she performs extraordinarily, the key-space and modus recitandi required of us by Altro stato is very different. Hamlet’s foreground is replaced by a long shot, a denied space, an against-the-sun distancing and anti-rhetorical vision. The partial withdrawal of the direct vision reduces the emotional rights of the external vision. The organic manifestation of the Sigismondo/Clarino duo is replaced by a mechanical counterpoint, constant presence by intermittent absence, the scenic life with its inanimate representation, the clarity of real life with the dreamlike pressure of shadow.