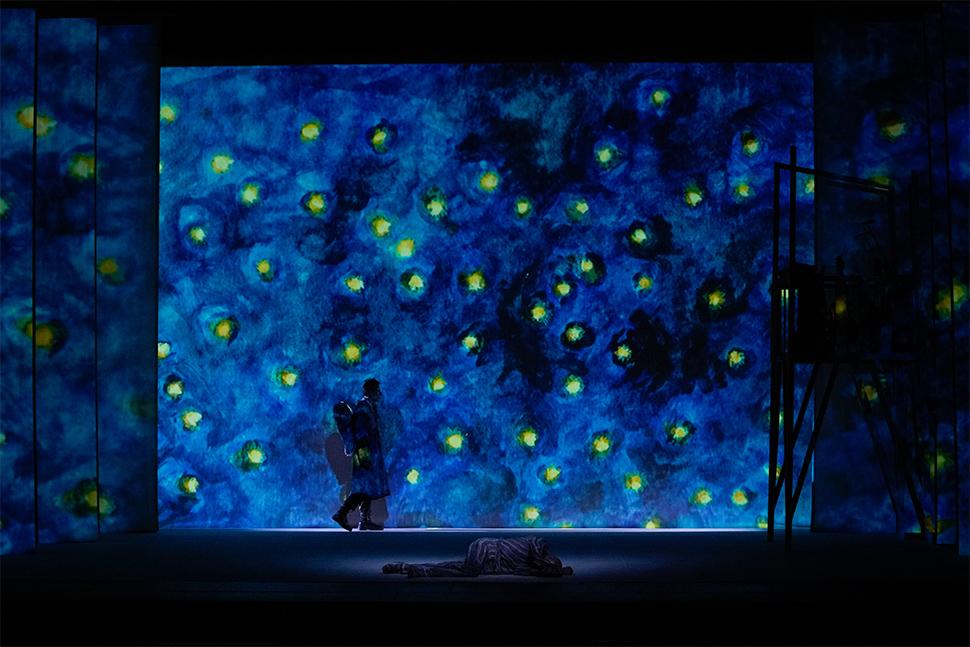 During a concentration camp evacuation march, a “death march”, a deportee falls down, exhausted. While he is lying there his terrible experiences in the camp pass through his mind. Like a ghost, it melds with the image of the camp which evokes the place he’s left behind him in brush strokes. He returns to a nightmare made up of misery, death, rain, snow, cold and fear... A liberation soldier appears before him, like an angel and takes him by the hand through that hell, with music, song, presence. The deportee returns to that gap in consciousness, to that black hole.
The words of the deportee are excerpts of dialogue, phrases salvaged by memory, sounds in various languages, from a strange Babel, and it is interwoven with songs from the angel which lift human laments to the heavens. The etched out images are: selections, forced labour, gas chambers, crematoriums... watered down forms, black and white, more marked colours act as the driving force behind the movements of the deportee which seem to be pushed on by the wind, rain, shots, silence, before he gives in, unarmed, to his fate.