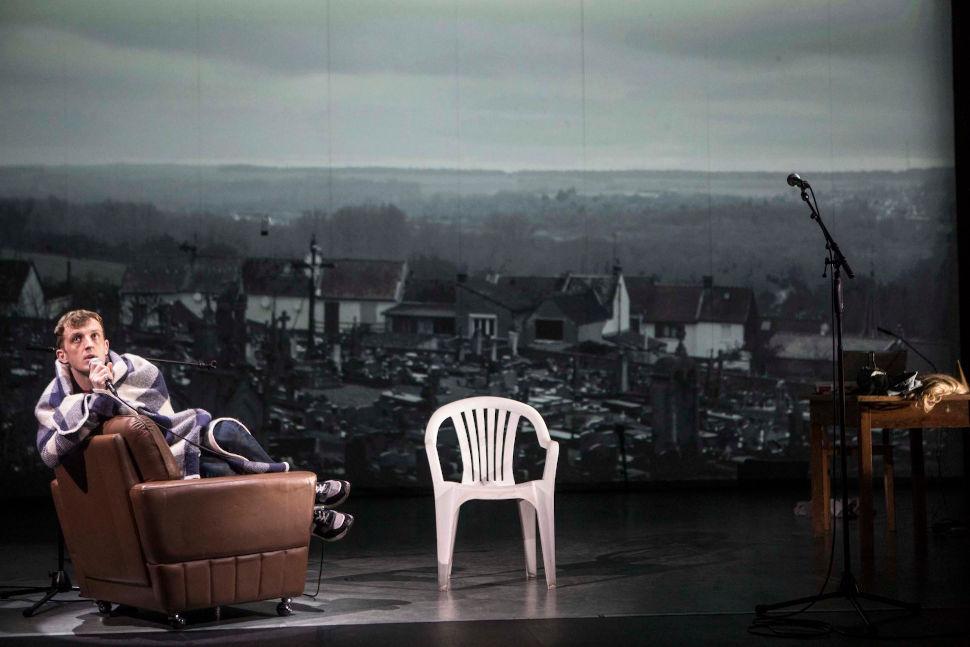 “I don’t have happy memories of my childhood”, wrote Édouard Louis at the beginning of his novel The End of Eddy.
Qui a tué mon père is the story of the author’s discovery that his father, violent and introverted during his childhood, “had once been a different person”. Following the traces of this other person in his memory, frequently discovered “by chance or by others”, Édouard Louis progressively reduces a distance which words seem to make insurmountable.
Qui a tué mon père is an attempt to understand the social and political forces which shape and transform the lives of those for whom society has no room. Not only do these forces impact on personality construction, deforming it via class and gender taboos and norms, but they also act on bodies, destroying them and condemning them to an early death.
From the theatre adaptation of History of Violence, Thomas Ostermeier set in motion a fruitful dialogue with Édouard Louis. On the stage, linking up images to words and the body to the theatre, Louis and Ostermeier together explore the relations between these political decisions, perceived of as abstract solely for those who are not hurt by them, and the concrete consequences they have on the victims of these decisions, unduly invisible victims.