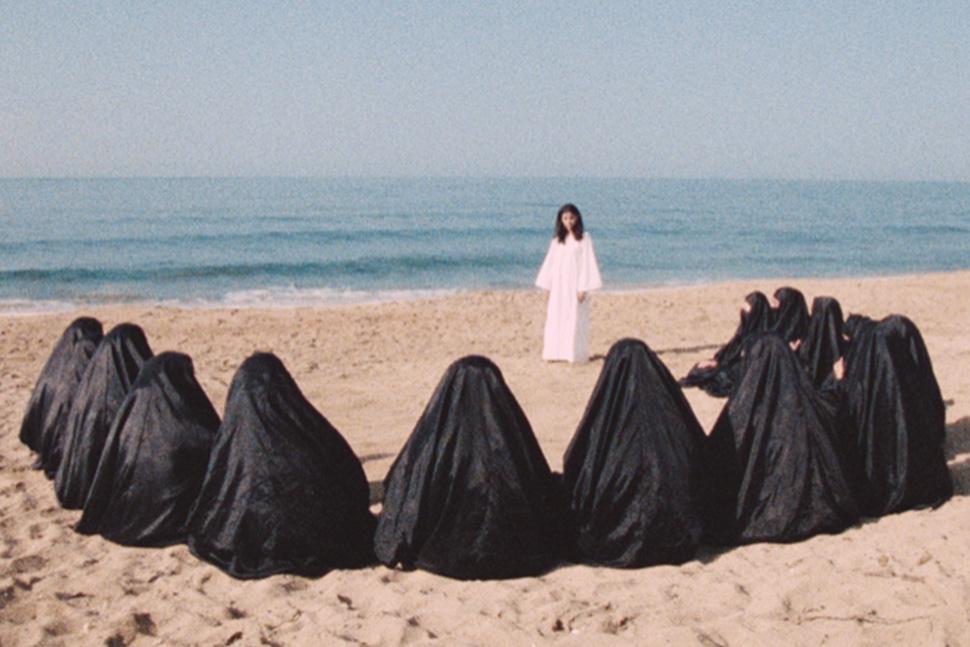 “Drawing from the Arab heritage of the oral tradition and the mosaic model, Leila and the Wolves explores the collective historic memory of Arab women. Filmed over the course of seven years, and in treacherous conditions, Srour’s film is a masterpiece, mixing footage from the archives, stories from fairy tales, aesthetically daring images and dramatisations of the situations faced by women in Lebanon and Palestine, from the beginning of the twentieth century to the 1980s. Through the eyes of Leila, a Lebanese student dissatisfied with the official colonial version of regional history dominated by men, the film reconstructs the daily, often unpleasant and silent sacrifices made by women, within and in parallel with heroic military actions. The stories told here are fierce, ironic and sometimes shocking”. (Leila Pourtavaf)

“Filmed in conditions that were often dangerous and over a span of seven years, this feature film has been described as a “triumph of artistic ambition over apparently unsurmountable difficulties” and is an important contribution to Third World aesthetics”. (Annette Kuhn)