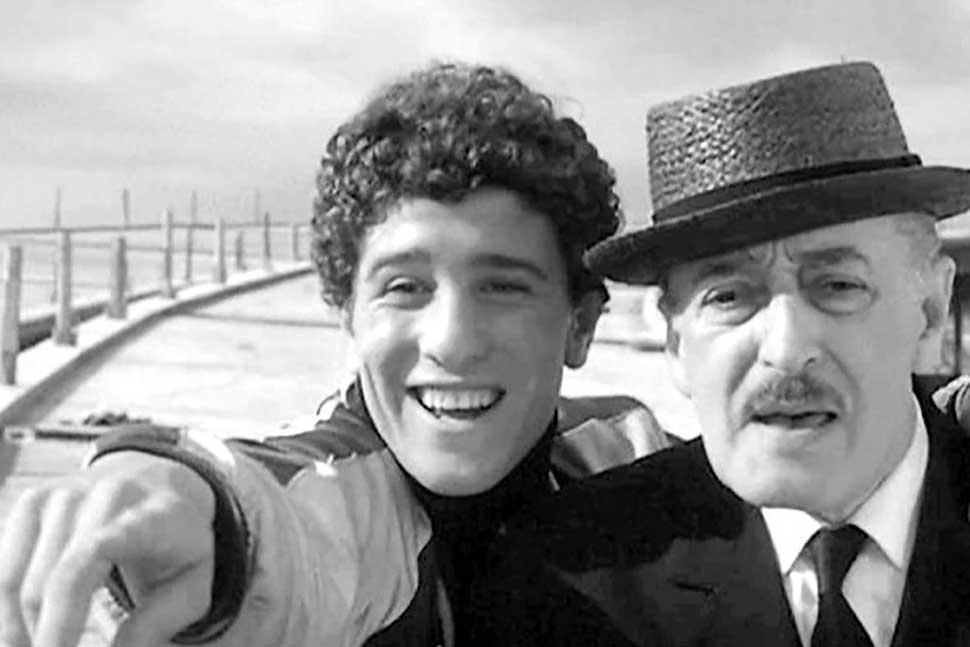 “This story of a father and son who don’t know who they are, who come from who knows where and are going who knows where, who wander through the Roman suburbs and countryside, who dialogue with a chatty Marxist crow (and end up eating it to “feed on it”), who talk to birds like Saint Francis, who both make love to the same prostitute, this story is built by Pasolini like a poem, and not like a novel (…) The film contains some of the author’s most beautiful work; and is probably the most Pasolinian of all his films, in which the director came closest to the free discourse filled with unexpected events which, at least now, seems to be the aim of his filmmaking. What Pasolini was unable to achieve with Anna Magnani in Mamma Roma, that is to include the actor’s world in that of the director, he achieved perfectly with Totò in the role of the father, who gave one of his finest performances”. (Alberto Moravia)