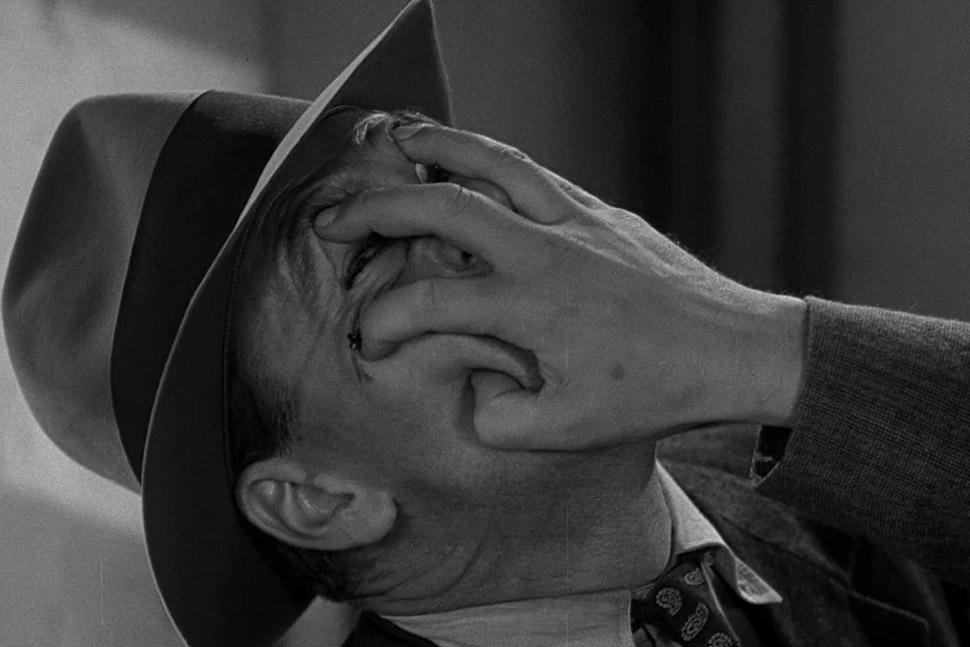 ragtag is a chronological timeline collage based on a wide corpus of footage taken from the so-called classic era of American cinema which 1950s, après la lettre, French critics labeled film noir. The decoupage- based work covers roughly twenty years, or 310 noir films, spanning from the early 1940s to the late 1950s. It also includes some foreign-made film noirs. Noir harks back to the earlier tradition of Gothic literature, specifically the fiction of Herman Melville and Edgar Allan Poe and to the later hard-boiled literature of Dashiell Hammett, Raymond Chandler and James M. Cain. It was characterized by a dark visual style, owed primarily but not exclusively to German Expressionism which was brought to Hollywood with the influx of German émigrés during the war. Yet, film noir is essentially a way of looking at the world, an outlook on life and human existence beyond genres, as contextually applicable to each as an aesthetic trace, tout court. It is a compound of “Yankee ingenuity” tending to fascination with the unknown, from the first noir decade and of post-World War
II atmosphere of fear and paranoia due the death of God, in a Nietzschean sense, namely the loss of insular security and meaning of things. It depicts, consequently, an inversion of traditional values and the corresponding moral ambivalence, between unbridled ambition and a witch hunt, as the Red Scare, the obsession with the nuclear threat and the perpetration on an individual scale of capital punishment, aimed at suppressing this assault and that aforementioned indeterminacy. In the prerogative of crime by lust, whether individual or collective, or in contemplating its failure, de facto the noir atmosphere is found not only in crime and gangster films, thrillers, suspense and horror films but also in westerns, adventure films, melodrama, and even science fiction. It creeps into the technicolor and CinemaScope film, beyond the classic black-and-white motif, engulfing its horizontal pictorial quality and landscape momentum, through a centripetal flow in a vertical axis. As an extensive historical portrait of the human psyche of the twentieth century and its dark pre and post-war landscape, the film lets the past be inscribed in a present gesture, as its own “operative field”. As an act of perpetual destruction and recreation, a sort of ouroboros, a tail- devourer that roams on the threshold between history and desire, visible and invisible, light and shadow.