Renowned for her important, scathing and incisive improvisation projects, which involve a multiplicity of artists, Meg Stuart – who hails from New Orleans but has lived for over twenty years in Europe where she founded her company, Damaged Goods, in Brussels – is the author of solos, large-scale choreographies, and site-specific installations featured in galleries and exhibitions such as Documenta X in Kassel.

Meg Stuart was chosen for “having developed a new language and new method for each creation, collaborating with artists working in different disciplines and moving between dance and theatre. Through improvisation (a fundamental aspect of her practice), Stuart has explored physical and emotional states and the memories of them. Seeking ever new contexts and new territories to explore, her work has continuously redefined itself” (from the motivations). 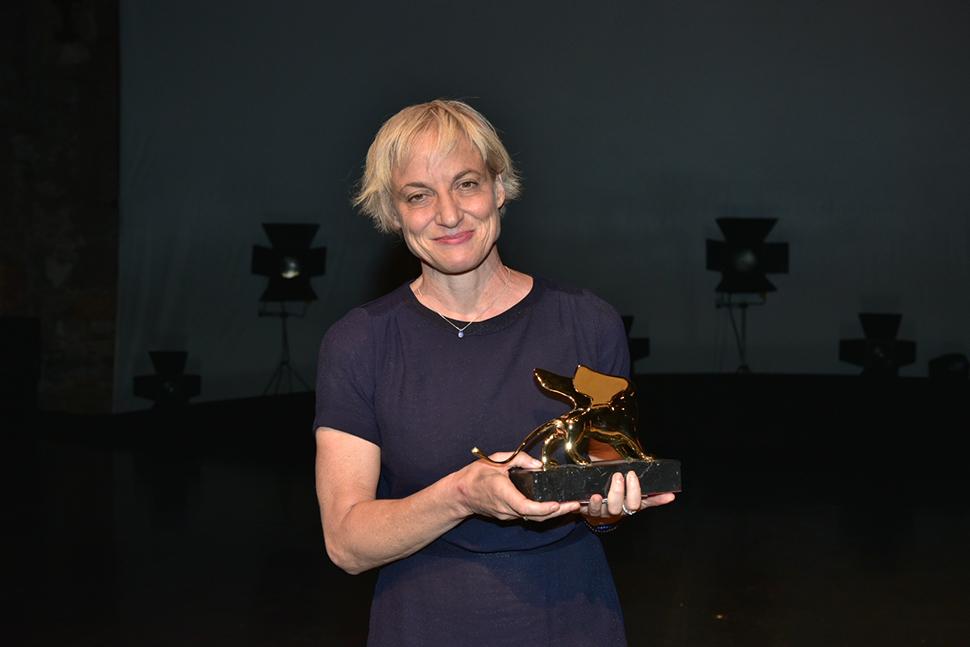 Meg Stuart (New Orleans – USA, 1965) studied dance at New York University and at Movement Research, where she was able to explore various techniques and become actively involved in the downtown New York scene. At the Klapstuck Festival in Leuven in 1991, she presented her first evening-length piece, Disfigure Study. Her next work, No Longer Readymade (1993) launched her artistic career in Europe.
To develop her own artistic projects, in 1994 she founded her own company in Brussels, Damaged Goods, with which she has created over 30 productions ranging from solos such as as XXX for Arlene and Colleagues (1995), Soft Wear (2000), Hunter (2014) to large scale choreographies such as Visitors Only (2003), Built to Last (2012) and UNTIL OUR HEARTS STOP (2015). She also collaborates with artists working in various disciplines such as visual artists Gary Hill, Jompet Kuswidananto and Ann Hamilton, composers Hanh Rowe and Brendan Dougherty, scenographers Anna Viebrock, Barbara Ehnes and Jozef Wouters, and directors Christoph Marthaler and Frank Castorf.
In 2008 she won the Bessie Award (New York) for her complete body of work and the Flemish Culture Award (in the Performing Arts category); in 2012 she was awarded the Konrad-Wolf-Preis by the Akademie der Künste in Berlin. She was elected Choreographer of the Year 2014 by Tanz Magazine. That same year, she won the Grand Prix de la Danse in Montréal.
Meg Stuart/Damaged Goods has an ongoing collaboration with the Kaaitheater in Brussels and the HAU Hebbel am Ufer in Berlin.