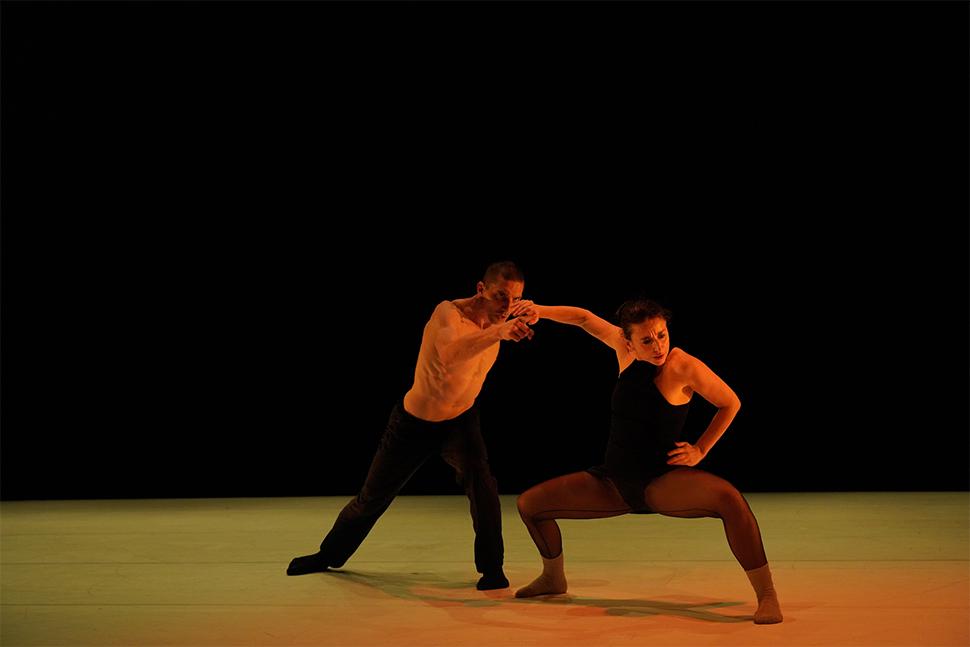 This Metamorphosis Dance project shows the public the pillars on which the creative process of the artists’ tandem is sustained, with the help of the visual artist Danilo Moroni. An artistic “nude” in which you can read the guidelines of the choreographic language of Metamorphosis Dance. The piece oscillates between different intensities of movement, which gradually materialise in the body of both artists. What are the things that the public cannot normally see? How does a dancer’s imagination work during an improvisation? How do we breathe? Al desnudo arises in response to many questions that are normally beyond the viewer’s perception. In the words of Ansa and Bacovich, “We were interested in investigating how a show can be perceived from another point of view”. In a game of contrasts, the sensuality of the beginning, a classic duet to the rhythm of Philip Glass, gives way, little by little, to a very physical and explicit dance, guided by the compositions of Johan Wieslander. The lighting was designed by the light craftsman Danilo Moroni, who is the third protagonist of Al desnudo alongside the interpreters themselves.
“As artists, we love the process”, say the creators. Al desnudo integrates different elements in a sort of dynamic stage laboratory, which starts with an initial duo and gradually goes on deconstructing the following scenes. Screenings, music, technique, guided improvisation and the voiceover of Aia Kruse Goenaga, who interprets texts by Ansa and Bacovich, join hands. The show combines projections of a previously recorded video with streaming of what is happening live.