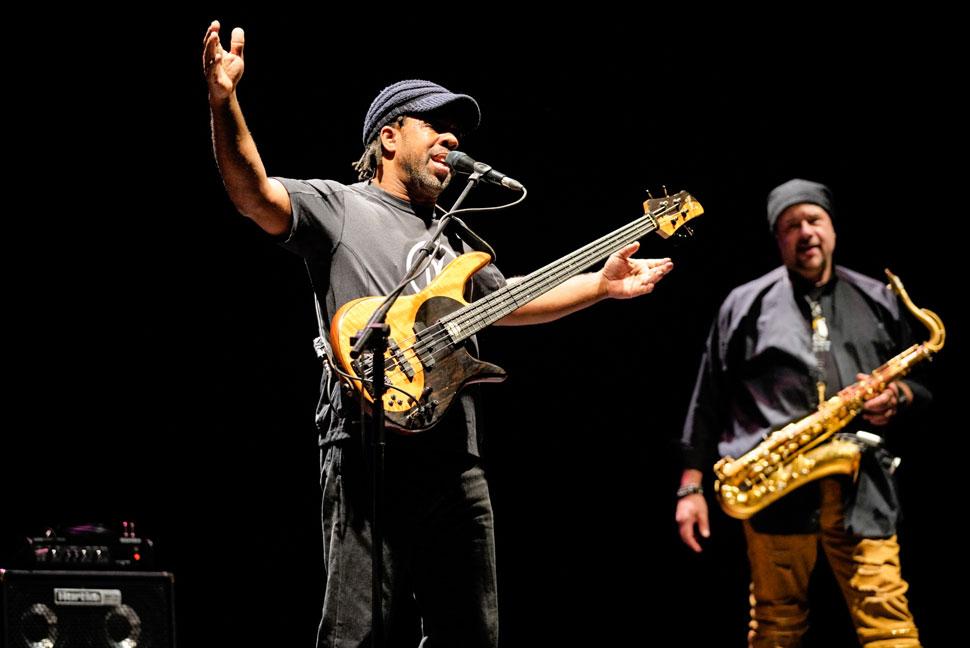 Victor Wooten has contributed in an essential way to innovation in the performance technique of the bass, an instrument that is indispensable to every band but has long remained marginal. Ranked as one of the ten best bassists of all time by “Rolling Stone” and three times bassist of the year for the readers of “Bass Player”, Victor Wooten plays with two accomplished musicians, drummer Dennis Chambers and saxophonist and flutist Bob Franceschini.

The CD Trypnotyx was self-produced and released by Vix Records in 2017. The album, consisting in fourteen tracks, features Victor Wooten on the bass, drummer Dennis Chambers and saxophonist Bob Franceschini with singer Varijashree Venugopal, and the actor and performer Michael Winslow. The Victor Wooten Trio presents the European premiere of the pieces on the album that they took on tour in the United States in the fall of 2017.

“Music is a great way – and a safe way – to teach just about any life principle”, Wooten insists. “To be in a band, you have to listen to each other. Bands are at their best when every instrument is different, not the same. Everyone takes turns talking. Everyone speaks their voice. A lot of times musicians might ask, ‘What would you like me to play?’ I say, ‘Listen to the music. The music will tell you exactly what it needs’”.