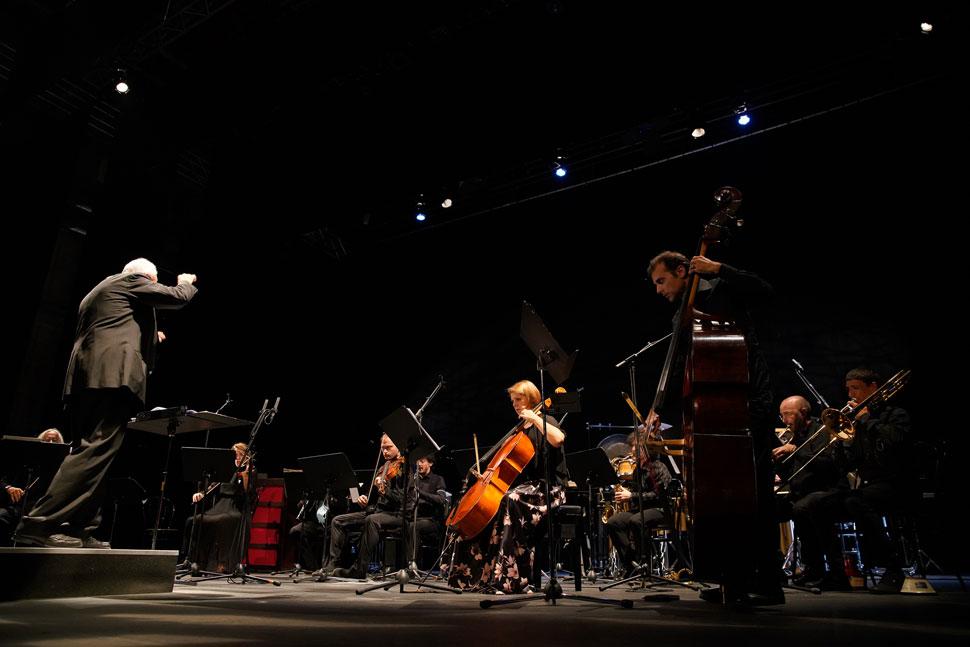 Franco Donatoni (1927-2000), who began composing relatively late in his life to become one of the greatest authors of the second half of the twentieth century –distinguished by a creative radicalism that would always lead him “beyond”– was greatly influenced by Maderna, dedicating to him the famous Duo pour Bruno. On the twentieth anniversary of his death, Sandro Gorli, a former student of the Master from Verona, founder and conductor of the historic Divertimento Ensemble, presents a concert-tribute.
Franco Donatoni defined Spiri, in which his faith in inventive composition and the power of the author’s imprint began to reappear, as a “joyful, almost euphoric” piece; of equal impact is Arpège, a work in which the intricate lacework and instrumental virtuosity hint in some parts at minimalism and folk music. There is an open reference to the rhythmic and melodic gesture, the timbre and virtuosity of jazz music in Hot, the expression of a prodigious and visionary stylization of memory. A living dedication to Donatoni, SOUVENIRS by Ruggero Laganà is divided into three interconnected parts, each of which is a radiation-transformation of the final measures of three compositions by Donatoni (Spiri, Arpège and Hot) into residues, remnants, memories... Il blu del tuono by Sandro Gorli is also implicitly dedicated to Donatoni: it began as a tribute and a memory of the man and his music and borrows its allusive concept and form from the enduring friendship and conversations between Donatoni and the author.