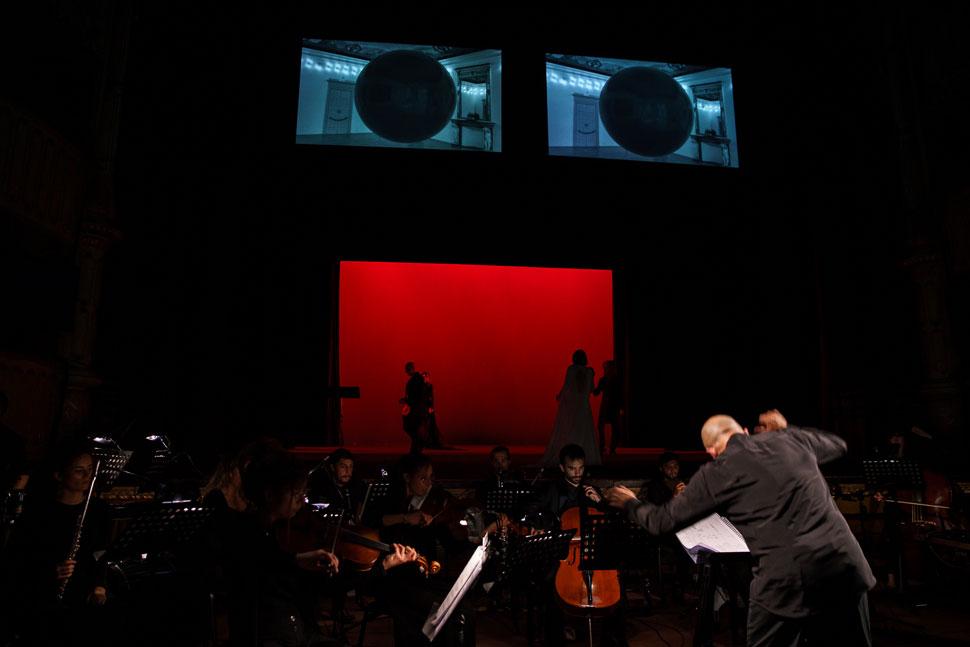 Performed in English in 1997 at the Almeida Theatre in London and later in French and German, the opera I Cenci by Giorgio Battistelli was first presented in Italian at LuganoInscena in a production last year over 20 years after its debut, under the direction of Carmelo Rifici, with Francesco Bossaglia conducting the Ensemble900 from the Conservatorio della Svizzera Italiana.
The grim story of the Cencis, which has never ceased to inspire authors and artists, is presented anew by Battistelli – author of the music and the libretto – in a version that is stripped but substantially faithful to the tragedy written by Artaud in 1935. The result is a grand story on the brink between melodrama and opera, a teatro di musica that fully immerses the spectator, because on the stage everything is sound, everything happens inside the music: the noises, the voices of the actors, the electronics, the videos. It is the music that creates the drama, as Battistelli writes: “The sounds are like characters that move alongside the bodies of the actors”.
They are: Roberto Latini, one of the great award-winning actors-directors of Italian theatre who has made the voice the primary instrument of his research; Anahi Traversi, selected by Muti for Sancta Susanna by Paul Hindemith; Elena Rivoltini, an actress with Bob Wilson in Odyssey who is also an opera singer and composer; and Michele Rezzonico, a clown, mime and actor.