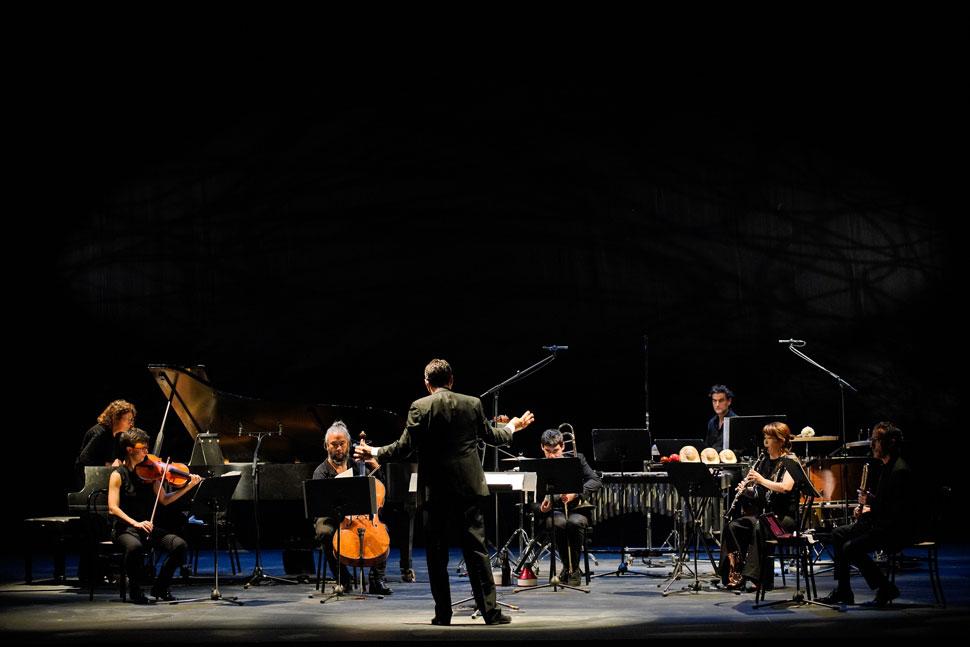 Portulan by Tristan Murail is a chamber music cycle that was created gradually over the years since 1999 and now consists of eight pieces. The title refers to Portolan charts, ancient navigation charts that contained information regarding a limited area and were useful to understand locations. Each piece relies on a different combination of the eight musicians and the cycle is a sort of metaphoric autobiography of the author. Garrigue, Seven Lakes Drive, Paludes and La Chambre de cartes are, respectively, the fourth, third, seventh and sixth piece in the cycle. In Die finsteren Gewasse der Zeit Jérôme Combier’s research into darkness and the fluidity of the passing of time evoked in the title is inscribed into a theatrical approach to the actions and interaction between the instruments, which include a prepared piano with pieces of rubber placed on the strings.