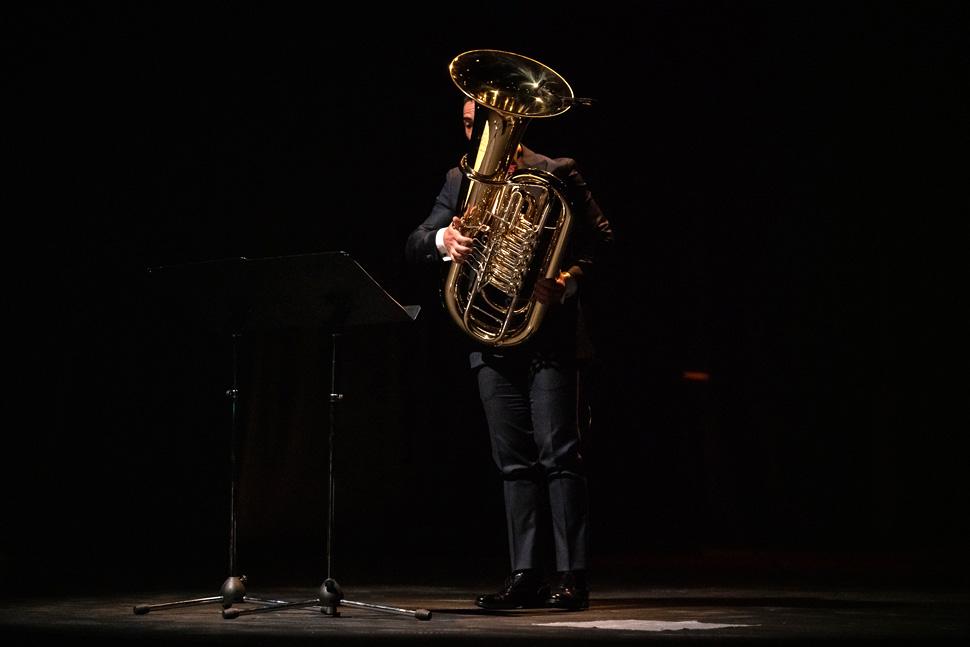 The friendship with Maurizio Pollini was the source of ...sofferte onde serene... in which the tolling of the bells in Venice sparked the idea of integrating two acoustic levels, consisting of the gesture of performing on the piano and its recomposition on magnetic tape, in search of the most secret resonances of an inner world. In Post-prae-ludium per Donau “the composition progresses through its details, while the notation is conceived as a roadmap for the performer [...] the tuba player must listen to all the processes of sound expansion to react to them and take part in them. The joint effect of the given notation, new performance technique and live electronics gives rise to a living interpretation”. La lontananza nostalgica utopica futura originated in the encounter with Gidon Kremer: the pieces takes shape differently each time, determined by the path of the performer as he winds his way freely between eight or ten music stands in a form of creative wandering, and the event of the performance becomes the centre around which to arrange the act of composition, the action of the performer and the presence of the audience.