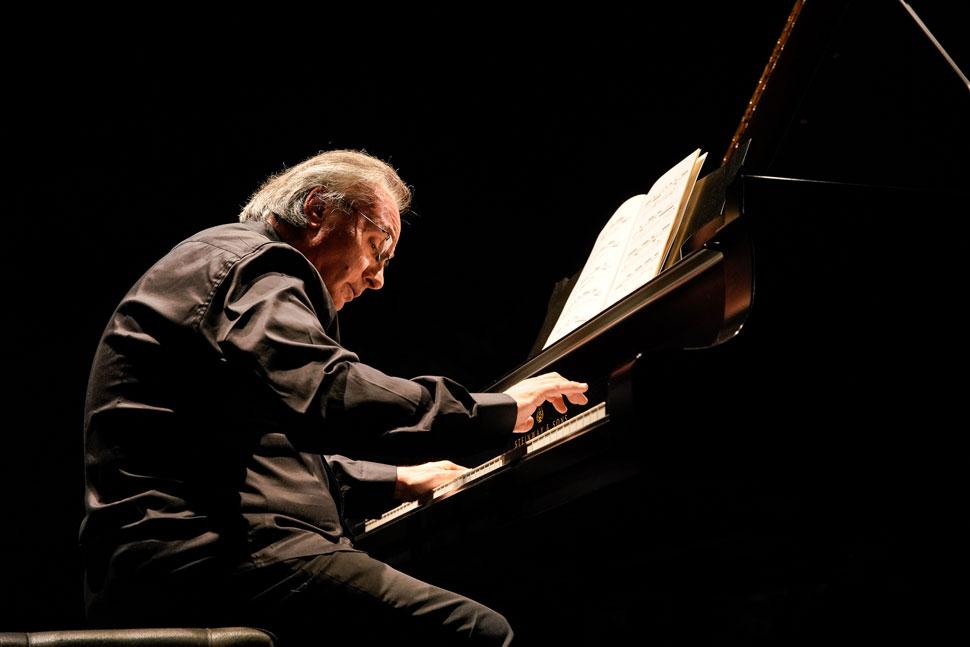 A pianist with a refined sensibility, Pasquale Iannone will complete the piano cycle by pairing Beethoven’s Symphony no. 7, in the transcription by Liszt, with the Françoise Variationen that accompanied Donatoni for over a decade, bearing witness to the evolution of his tormented artistic growth.
The forty-nine Françoise Variationen were composed by Donatoni in spurts between 1983 and 1996. The Françoise in the title is Françoise Peri, wife of the film critic Aldo Tassone, who had asked Donatoni for a manuscript sheet to frame. The variations are organized into cycles of seven variations each, which may also be played separately; each single variation lasts around a minute and focuses on one aspect of piano-playing. The first cycle (1-7) offers the basic material for a perspectival process of variation of the variation, so that the material in number 1 would then be the material for number 8, the material of number 2 would become that of number 9 and so on. The first group of twenty-eight variations is dated 1983.