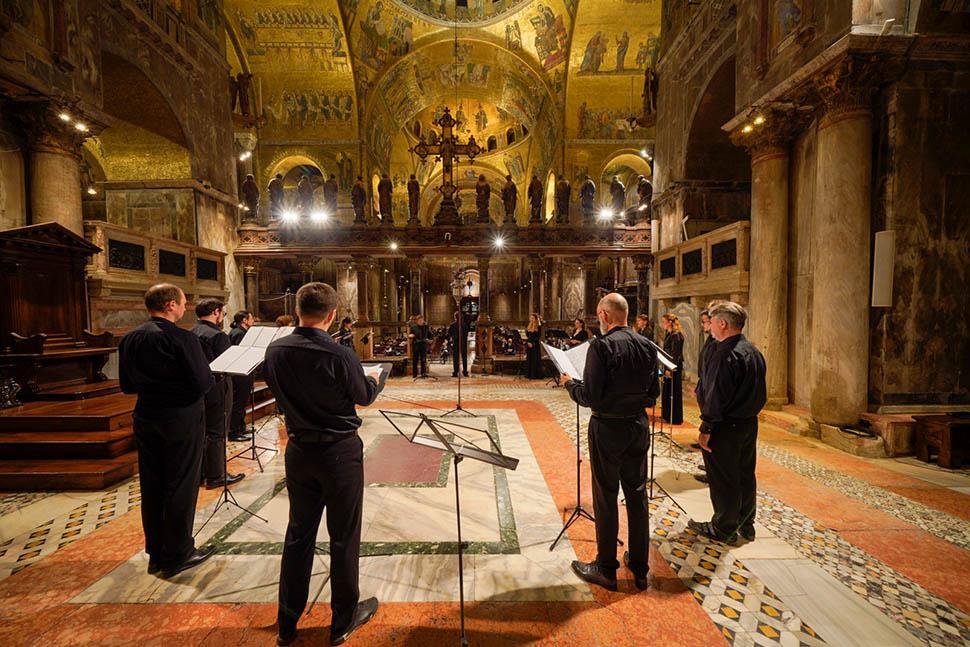 It was primarily at the instigation of Mykola Hobdych, choir conductor and founder in 1990 of the Kiev Chamber Choir, that Valentin Silvestrov dedicated himself to the systematic study of choral music and to deepening his knowledge of the tradition of the ancient litanies of the Russian Orthodox Church. Hobdych suggested to him several scores of liturgical music by various composers, in one of which Silvestrov came across the full texts of the Divine Liturgy of Saint John Chrysostom, in common use for the celebration of the Eucharist in the Eastern Orthodox Church. “About the general picture I had not yet made up my mind,” recalls Silvestrov, “but the first litany I read gave me an initial impulse on the spot. I touched it and the text started to resonate in me.” It was a true flash of creative inspiration that enabled Silvestrov to complete his Liturgical Chants in the space of only a few weeks in 2005. Despite the fact that the work reflects the fundamental stages of the Orthodox liturgy – the nine musical numbers of Silvestrov’s Liturgical Chants are not designed for use in the context of a religious service. As the choice of the term “Chants” – also a genre classification – in the work’s title would suggest, these are above all expressions of inward reflection expressed in the lyrical, immaterial sounds of the choir, which is treated as a group of “expressively restrained soloists” (Silvestrov). The composer himself has described the sense of these “Chants” as “the world singing of itself”.