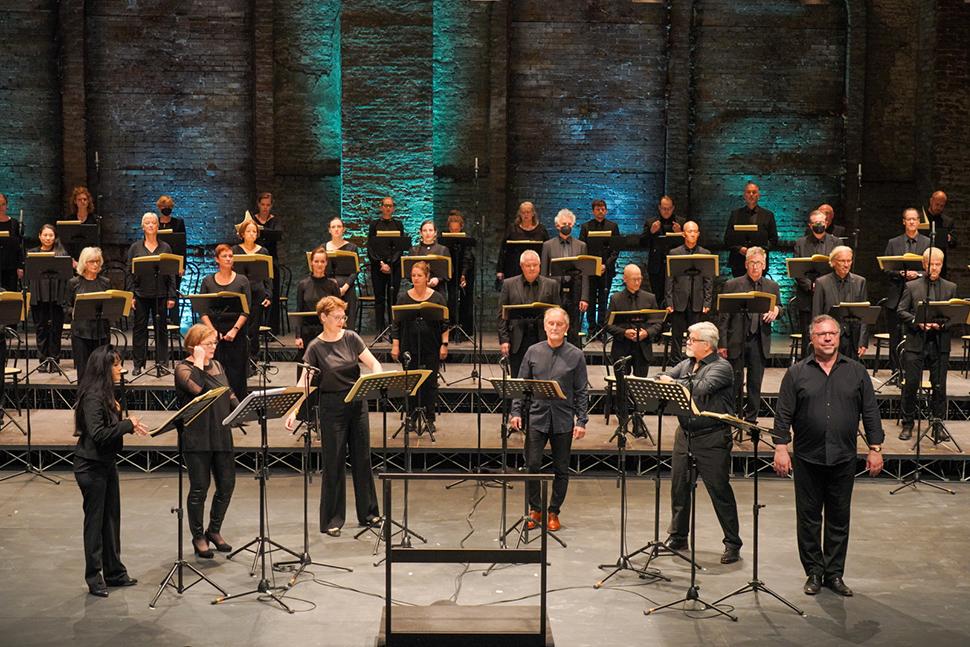 If Georges Aperghis’s own statement was true when he wrote that “What interests me is the chaos, taking the risk of losing oneself in one’s own chaos”, then it was inevitable that his artistic path was destined to cross that of Adolf Wölfli: a violent man with a tragic past, imprisoned on more than one occasion, after an attack on a young girl he was eventually shut away in an asylum, where he was to remain for the rest of his life. While confined there he discovered that drawing enabled him to calm his frequent attacks of uncontrollable violence. Given paper and crayons, in 1908 he began to put together an autobiography which, with little connection to reality, slipped increasingly into the realm of metaphysics. The work ran to twenty-five thousand pages in five volumes and is full of pastel drawings, abstruse symbols and geometrical designs, collages and newspaper cuttings, and imaginary words written in a handwriting invented by the author and interwoven with a profusion of pictures. There are also music scores written with specially created symbols which he played using a trumpet made of paper. Wölfli died amid this universe enclosed within the four walls of his cell in Waldau in 1930: fifty years later Georges Aperghis decided to compose the music for an opera dedicated to him.