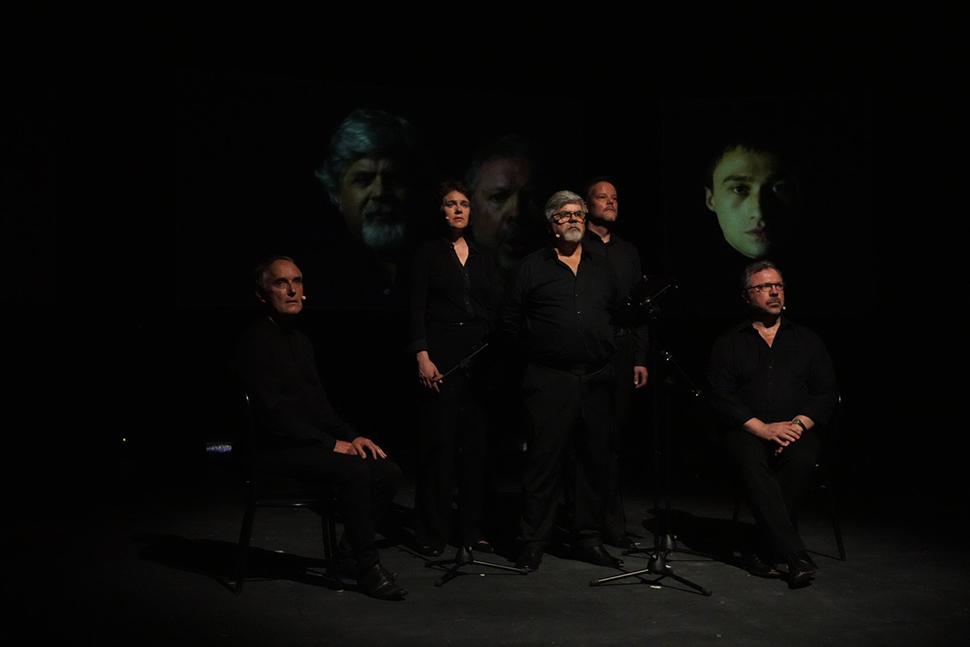 In Amo, George Lewis draws his inspiration from the philosopher Anton Wilhelm Amo (1703-1759). His story begins in the Africa of the slave trade. Amo was still a child when he was enslaved and taken from his native land – modern Ghana – to Germany by the West India Company in 1707. Given as a gift to Duke Augustus William of Brunswick-Lüneburg, Amo had the good fortune to be treated as a member of the aristocratic family and was able to receive the benefits of a good education. As the first African to attend a European university he completed his studies in law at the University of Halle in 1729; from there he went on to obtain his Doctorate in Philosophy at the University of Wittenberg, where he was to remain for some time as a Professor of Philosophy.
Amo’s text Philosophical Disputation Containing a Distinct Idea of Those Things That Pertain Either to the Mind or to Our Living and Organic of 1734 is the principal source for the text prepared by Lewis for his new work. The vocal score composed for the Neue Vocalsolisten requires extensive vocalisation in several languages (German, Latin, English, Dutch and Twi, Amo’s mother tongue) together with live electronics featuring interactive digital delays, timbric transformations, field recording playback and diffused eight-channel sound to create a dance of sound in which the electronics both merge with and compete with the voices.

The inspiration for the subject of Sergej Newski’s new work, Die Einfachen, came in 2017 from research undertaken by Irina Roldugina of the University of Oxford into the history of sexuality in post-revolutionary Russia during the 1920s. The years immediately following the October Revolution were still a period of libertarian ferment: and love, too, must be free. Siberian Nika Polyakov, confessed to having discovered his own homosexuality in a letter. Before the First World War Nika had studied in Germany, where with his friend Stepan Minin he was interned. He returned to St Petersburg after the revolution, but in the Soviet Union of the 1930s under Stalin’s rule homosexuality was declared illegal. Nika was arrested and interrogated by the NKVD, the People’s Commissariat for Internal Affairs, after which no more is known of him.
The story of Nika Poyakov is not very different from that of numerous other Russian and Ukrainian homosexuals whose testimony Irina Rodulgina has collected in over ten years of research. From the threads of those forgotten voices Newski has woven a polyphonic musical drama that sheds light on those little-known pages of Russian history. The title Die Einfachen (The Simple) is the definition chosen by those who recognised themselves as part of the homosexual subculture of 1920s Leningrad, a group made up of students, workers and farmers.