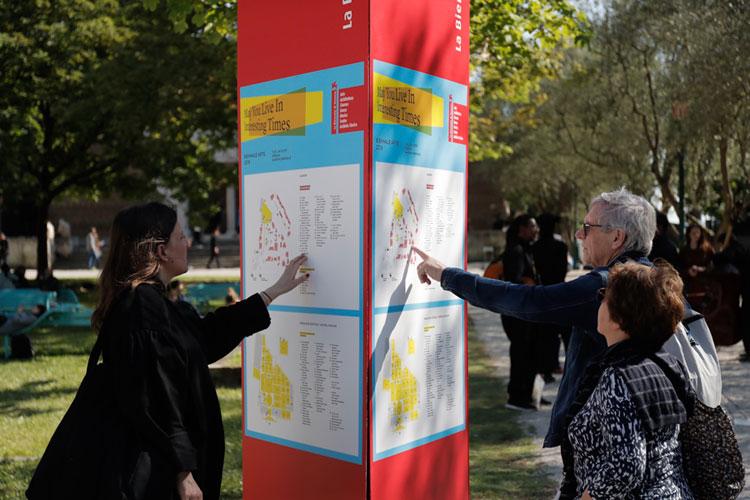 Biennale Arte 2019: May You Live In Interesting Times

The 58th International Art Exhibition is curated by Ralph Rugoff and is open to the public from 11 May to 24 November 2019.

The 58th International Art Exhibition, titled May You Live In Interesting Times, is curated by Ralph Rugoff and organized by La Biennale di Venezia chaired by Paolo Baratta. The awards ceremony and inauguration were held on Saturday 11th May 2019.

The international exhibition
The invited artists

«The title of this Exhibition could be interpreted as a sort of curse – stated President Paolo Baratta - where the expression “interesting times” evokes the idea of challenging or even “menacing” times, but it could also simply be an invitation to always see and consider the course of human events in their complexity, an invitation, thus, that appears to be particularly important in times when, too often, oversimplification seems to prevail, generated by conformism or fear. And I believe that an exhibition of art is worth our attention, first and foremost, if it intends to present us with art and artists as a decisive challenge to all oversimplifying attitudes.»

«Twenty years have passed since, in this same location, I presented my first Exhibition -President said - after the Biennale underwent major reform in 1998. Let me tell you, they have been very interesting times. At the beginning we were criticized for the presence of the pavilions, considered old-fashioned in times of cosmopolitanism and globalization, we live in times where some people raise the doubt that cosmopolitanism might also have been a way for the most influential cultural and political realities to exert a sort of soft power. We are an international exhibition that since those years put the word “open” and “plateau of humankind” as the subtitle for all the following biennials.»

«During these years, we have increased the number of visitors and found a new partner. Over the course of the past years, the double cost of transportation in the lagoon obliged us to ask for additional support, and our expressions of gratitude and our wall labels included many market participants. The increase in the number of our visitors has allowed us to considerably cut back on this practice, as you can see in the drastic reduction in our expressions of gratitude, both when presenting the works and in the catalogues. Our visitors have become our main partner; more than half of them are under 26 years of age. Calling notice to this result seems to me the best way to celebrate the twenty years which have passed since 1999.»

«We want to offer them an open place - Baratta concludes - where they can feel involved in encounters with the works and the artists, in the direct discovery of the “other” which the work of art offers. To us, it is important that, when entering the exhibit, the “public” becomes “visitors,” who then become “viewers” of the works. First, the necessary disorientation, then the involvement, followed by the discovery; it is almost a fencing drill. To share this direction is one of the reasons we have asked Ralph Rugoff to collaborate with us on this twentieth anniversary.» -

The Exhibition develops from the Central Pavilion (Giardini) to the Arsenale and includes 79 participants from all over the world.

Ralph Rugoff has declared: «May You Live in Interesting Times will no doubt include artworks that reflect upon precarious aspects of existence today, including different threats to key traditions, institutions and relationships of the “post-war order.” But let us acknowledge at the outset that art does not exercise its forces in the domain of politics. Art cannot stem the rise of nationalist movements and authoritarian governments in different parts of the world, for instance, nor can it alleviate the tragic fate of displaced peoples across the globe (whose numbers now represent almost one percent of the world’s entire population).»

«But in an indirect fashion, perhaps art can be a kind of guide for how to live and think in ‘interesting times.’ The 58th International Art Exhibition will not have a theme per se, but will highlight a general approach to making art and a view of art’s social function as embracing both pleasure and critical thinking. The Exhibition will focus on the work of artists who challenge existing habits of thought and open up our readings of objects and images, gestures and situations. Art of this kind grows out of a practice of entertaining multiple perspectives: of holding in mind seemingly contradictory and incompatible notions, and juggling diverse ways of making sense of the world. Artists who think in this manner offer alternatives to the meaning of so-called facts by suggesting other ways of connecting and contextualising them. Animated by boundless curiosity and puncturing wit, their work encourages us to look askance at all unquestioned categories, concepts and subjectivities. It invites us to consider multiple alternatives and unfamiliar vantage points, and to discern the ways in which “order” has become the simultaneous presence of diverse orders.»

Learn more about the invited artists

The Italian Pavilion at the Tese delle Vergini in the Arsenale, sponsored and promoted by the Ministero per i Beni e le Attività Culturali, Direzione Generale Arte e Architettura Contemporanee e Periferie Urbane, is curated this year by Milovan Farronato.

Learn more about the National Participations

21 Collateral Events which are admitted by the curator and promoted by non-profit national and international bodies and institutions, take place in several locations; they offer a wide range of contributions and participations that enrich the diversity of voices that characterizes the Biennale.

Learn more about the Collateral Events

- Forte Marghera Special Project, Mestre
Ludovica Carbotta, one of the artists taking part in the International Exhibition, has been invited by Ralph Rugoff to expressly make a work in Forte Marghera, inside the building called the Austrian Polveriera.

- Applied Arts Pavilion Special Project, Arsenale, Sale d’Armi
Marysia Lewandowska is the artist set to exhibit in the Pavilion of Applied Arts located in the Arsenale Sale d’Armi. The project, renewed for the fourth consecutive year, is the result of the collaboration between La Biennale and the Victoria and Albert Museum, London.

For the tenth consecutive year La Biennale dedicate the Biennale Sessions project to to institutions that develop research and training in architecture, the arts and related fields, and to Universities and Fine Arts Academies. The goal is to offer favourable conditions for students and teachers to organize three-day group visits for fifty people or more, offering the possibility to organize seminars free of charge at the Exhibition's venues, and assistance in organizing their journey and stay.

For the past decade, La Biennale di Venezia has been devoting increased attention to learning activities, and has developed a growing commitment to so-called “Educational” initiatives addressed to the audience of its Exhibitions’, to universities, young people, and children, from schools at all levels.

A broad Educational programme has been scheduled for 2019 as well, addressed to individuals and groups of students, children, adults, families, professionals, companies, and universities. All the initiatives aim at actively involving the participants, and are led by professional operators, carefully trained by La Biennale di Venezia. They are divided into two categories: Guided Tours and Workshop Activities

The official catalogue, titled May You Live In Interesting Times, consists of two volumes.

Volume I, curated by Ralph Rugoff, is dedicated to the International Exhibition. Volume II is focused on the National Participations and the Collateral Events. The Exhibition Guide is conceived to accompany the visitor through the Exhibition. The graphic identity of the Biennale Arte 2019 and the layout of the books are designed by Melanie Mues, Mues Design London. The three books are edited and published by La Biennale di Venezia.

The 58th International Art Exhibition was made possible by the support of Swatch, Partner of the event.

Main Sponsor of the 58th Exhibition is illycaffè.

Our thanks go to Cleary Gottlieb Steen & Hamilton LLP.

We would like to thank the Ministero per i Beni e le Attività Culturali, the regional Institutions that each in their own way support La Biennale, the City of Venice, the Regione Veneto, the Archaeology, Fine Arts, and Landscape Services for the City of Venice and the Lagoon, the Military Marine.

Our thanks go to our Donors and to the International Councils and Organizations, who are essential to the creation of the 58th Exhibition.
Particularly our thanks go to Ralph Rugoff and to all his team. And finally we would like to thank the highly professional staff of La Biennale, who work with such great dedication on the organization and management of the Exhibition. 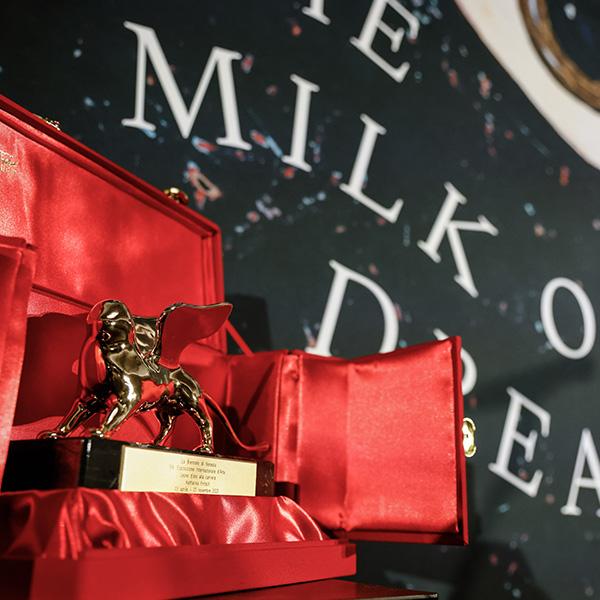 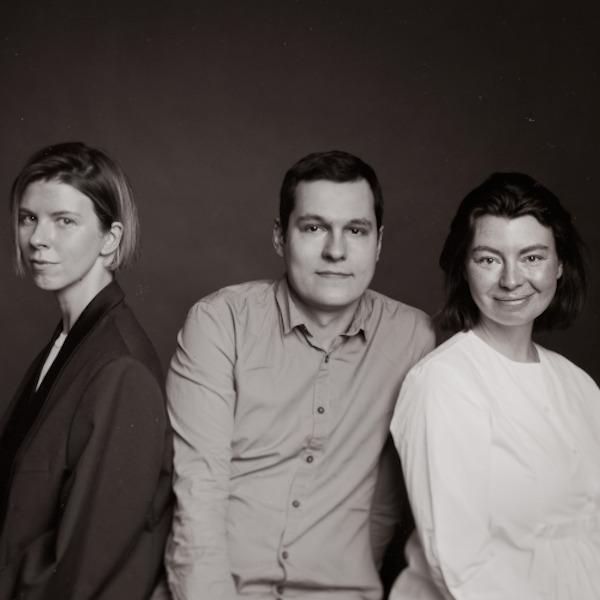 An installation by the curators of the Ukrainian Pavilion Borys Filonenko, Lizaveta German, Maria Lanko. Realized in the context of the Biennale Arte 2022 with the collaboration of the Ukrainian Emergency Art Fund (UEAF) and the Victor Pinchuk Foundation. 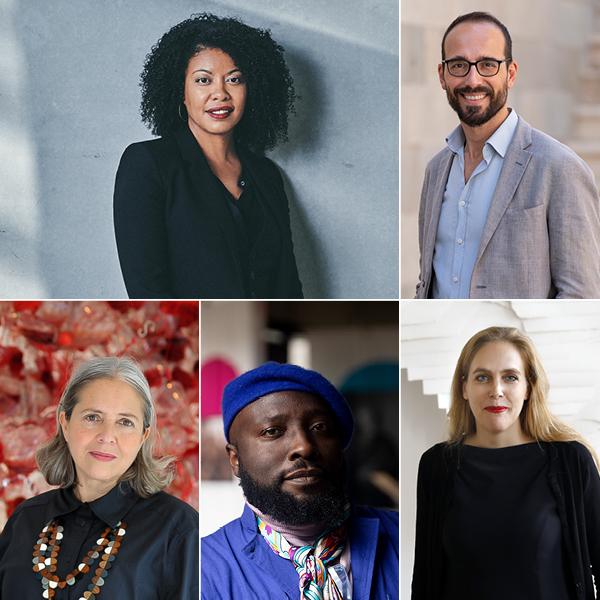 The Jury, chaired by Adrienne Edwards, will award the official prizes. The Awards Ceremony will take place on Saturday 23 April at Ca’ Giustinian.