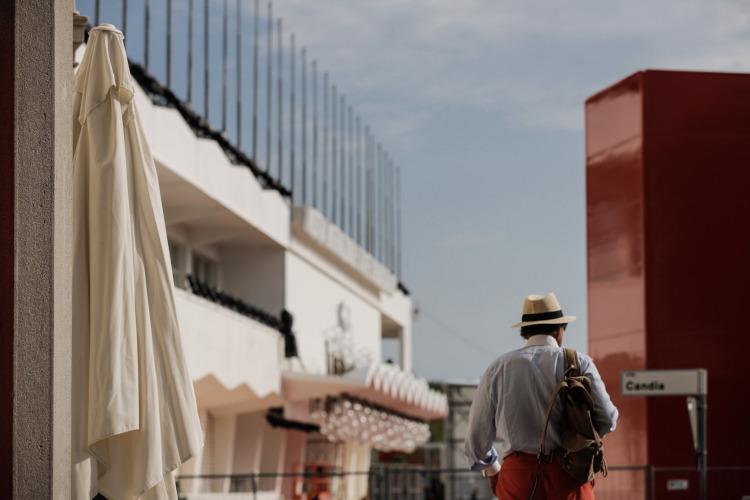 The workshop will take place from September 5th to 7th as part of the Venice Production Bridge.

The 6 work-in-progress films of the 9th edition of Final Cut in Venice have been selected. Final Cut in Venice is the project that has been providing since 2013 concrete assistance in the completion of films from all African countries and from Iraq, Jordan, Lebanon, Palestine, and Syria. Final Cut in Venice is one of the projects launched by the Venice Production Bridge of the 78th Venice International Film Festival (September 1—11, 2021), directed by Alberto Barbera and organized by La Biennale di Venezia.

The workshop offers the opportunity to present films still in production phase to international film professionals, in order to facilitate post-production and film market access.

The workshop consists in three days of activities (September 5th to 7th 2021) on the Venice Lido during the 78th Venice International Film Festival, in which the working copies of the selected films are introduced to producers, buyers, distributors, post-production companies and film festival programmers.

Please note that the first 2 days of the workshop (September 5th and 6th) are devoted to the screenings, while a special one-to-one meeting session between the selected projects and the professionals attending the Venice Production Bridge will be organized on the third day, September 7th.

The 6 work in progress films selected are:

Final Cut in Venice will conclude with the awarding of prizes, in kind or in cash, for the financial support of the films in their post-production stage.
The Venice Production Bridge gratefully acknowledges OTICONS and Organisation Internationale de la Francophonie (OIF) for the two new awards generously offered.

The new brochure that gathers all the details of the selected projects for this year edition of FINAL CUT IN VENICE is available from today on the section ‘VPB Programme 2021/ Downloads’ of the Venice Production Bridge Website: