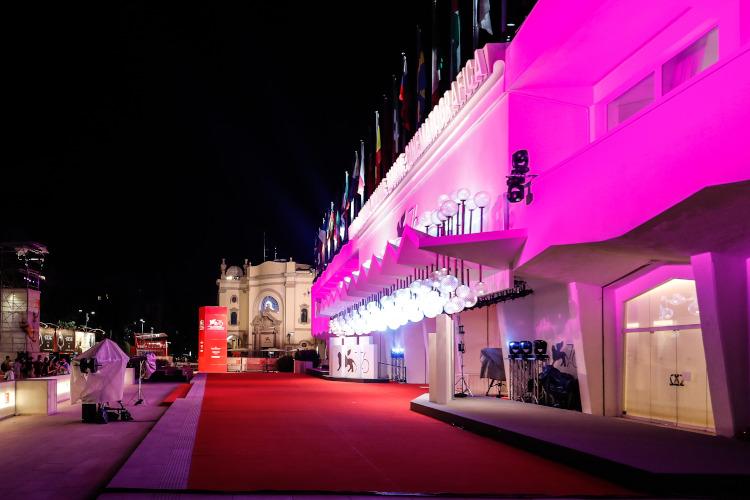 Two documentaries on the theme of Architecture and a tribute to photojournalist Pietro Coccia.

Three Special Screenings are added to and complete the line-up of the 78th Venice International Film Festival (1 – 11 September 2021) of La Biennale di Venezia, directed by Alberto Barbera.
Two of them are documentaries that focus on the theme of Architecture:

The two films enter the line-up of the Venice International Film Festival as a sign of the open dialogue between the different arts which is increasingly characterising La Biennale as a permanent laboratory for research into contemporary creativity.
Screening schedule:
Thursday 2 September, Teatro Piccolo Arsenale
4:30 pm Ricostruire insieme – Biennale Architettura 2021 by Graziano Conversano (Italy, 52’)
followed by:
GES – 2 by Nastia Korkia (Russia, 77’)

The third film is Pietro il grande by Antonello Sarno, a tribute to Pietro Coccia (1962-2018), one of the most talented photojournalists in Italian cinema, whose career stretched over thirty years. Pietro il grande is a tribute to the professional and the friendship he established over thirty years with the greatest personalities of our cinema, a career reconstructed in approximately 400 photos accompanied by 8 great film scores.
Screening schedule:
Wednesday 1 September, Sala Giardino, 11 am / Thursday 2 September, Sala Giardino, 5 pm / Friday 3 September, Teatro Piccolo Arsenale, 2:30 pm.

This is an account of the themes and personalities of the 17th Biennale Architettura 2021, which the curator Hashim Sarkis summarised in one critical question: “How will we live together?” Will we be able to develop a peaceful and inclusive lifestyle for all living beings on the planet taking into consideration the individuals who seek equity, solidarity, social justice and naturally respect for the ecosystem? The question resonates in a world that is going through a great global crisis, suffering economic inequality, climate change with the catastrophic effects of which are now being felt, in every part of the world, and naturally the great pandemic still underway. This crisis forces us to rethink how we are living and exploiting our resources, and this makes the current edition of the Biennale a place in which to try and provide answers to the most searing questions of our time. With the contribution of architects from all over the world, including areas that have had scarce representation over the years, casting light on new sensibilities and proposals. A Rai Cultura production.

Graziano Conversano. A director and screenwriter, he graduated from La Sapienza in Rome with a degree in Performing Arts and the Science of Performance. In recent years he has directed documentaries and television programmes, specialising in the production of documentaries about historic/civil themes, and focusing his work on docudramas, using actors in dramatisations that combine fiction and images from the archives. He made his debut in 2001 with the short film Faiuno! which won Nanni Moretti’s Sacher d’argento award. His most recent works for Rai: Maxi Il grande processo alla mafia; Alighieri Durante, detto Dante. Vita e avventure di un uomo del Medioevo; Io sono Venezia;  Ei fu. Vita, conquiste e disfatte di Napoleone Bonaparte.

In 2014, V–A–C Foundation acquired the 20,000 sq. m former power plant, GES-2, tasking the Renzo Piano Building Workshop with its transformation. Over the next five years, the cameras followed the construction works along with the cultural initiatives of the Foundation. In the film, these events are interlaced in an unconventional non-chronological order. “I spent 5 years in the middle of a majestic transformation: a power plant that used to provide energy to the Kremlin was being regenerated to provide cultural energy to the people – stated Nastia Korkia - The film consists of art experiences materialising in the most unexpected moments. It assembled itself like a kaleidoscope, where apparently unrelated episodes came together in a wonderful pattern of people with the most diverse ambitions and aspirations joined together in an effort to make a new, global cultural institution in the heart of Moscow. The greater the event, the more important it was for me to show it through trivial incidents. Because life would not be possible without a touch of absurdity. To use the words that Francesco Bonami says in the beginning of the film while seated in the window of Moscow’s biggest department store: “As you are filming me now, it may seem that I am reality. But as you take two steps back, you start to realise that I’m in the shop window. So, I am art. Because as soon as you put a frame, a threshold, between reality and what is inside, you are perhaps creating a work of art. Not everyone can succeed in that, but it’s really important to start with creating an invisible frame, or threshold, between reality and something else.”

Nastia Korkia is a Moscow-based filmmaker. Having graduated in philology from the Moscow State University, she learned directing at the Moscow School of New Cinema with Bakur Bakuradze, and being a documentary soldier with Werner Herzog in Cuba. Her documentary films were screened at DOK Leipzig, True/False, Sheffield DocFest, among others.

Pietro Coccia (1962-2018) was one of the most talented photojournalists in Italian cinema across a career that lasted over thirty years. Pietro il grande is a tribute to the professional and to the friendships he established for over thirty years with the great personalities of our cinema, a career reconstructed in approximately 400 photos accompanied by 8 great film scores. To recreate the magic – in the space of a short film that embraces the artist and a great man – which more than any other is the true magic of a photograph that can freeze the enchantment of cinema. Like Pietro could. “When Pietro died unexpectedly, alone in his home upon returning from Cannes 2018 – explained Antonello Sarno – my first thought was that I would like to pay him a tribute, drawing on my know-how as a documentary filmmaker about cinema. Because he passed away suddenly, as if we were at the beginning of a mystery that was unfortunately all too real, Pietro left behind an enormous number of photographs, prints, slides, digital shots, computers filled with images but without a password. My friendship with Pietro, which goes all the way back to our school years at the Giulio Cesare high school in Rome, made it imperative for me to take on this challenge: to look at tens of thousands of photos to select the few hundred that could fit into a documentary. For this I would like to thank his brother Benedetto, and Tiziana Rocca who patiently assisted me in this effort”. Production: Istituto Luce Cinecittà and Agnus Dei – Tiziana Rocca Production. Editing: Stefano Farruggia. A Sea – Videoeuropa 2000 srl film.

Antonello Sarno, a film journalist for over 35 years, is Editor-in-Chief for cinema at Reti Mediaset where, for 8 years and 320 episodes he was responsible for the only show about cinema on mainstream television: Supercinema. As a director, he has made over 30 documentaries, including some feature films released in theatres, 12 of which were presented at the Venice Film Festival, dedicated to the history of the oldest, finest and most important festival in the world, and won the highest Italian and international film awards. Pietro il grande is his 13th “Venetian” film.