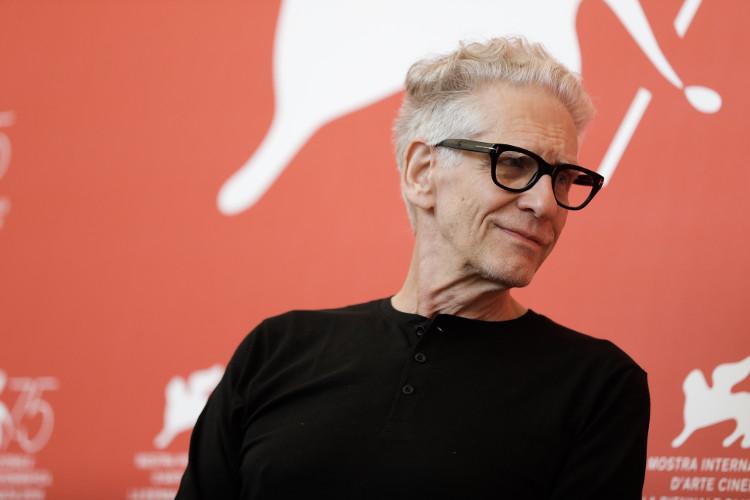 A tribute to David Cronenberg and a Masterclass by the director

M. Butterfly (1993) by David Cronenberg on Thursday 6 September in the Sala Grande (2 pm); Masterclass by the director on Wednesday 5 Sept. (3 pm, Sala Perla 2).

As a tribute to David Cronenberg, winner of the Golden Lion for Lifetime Achievement of the 2018 Venice Film Festival, there will be a screening on the Lido of M. Butterfly (1993), as recommended by the director himself, who considers it to be one of the most personal, though perhaps not the most successful, of his films.
David Cronenberg will also hold a Masterclass, led by Giulia D’Agnolo Vallan, on Wednesday September 5th at 3:00 pm in Sala Perla 2 (admission: the public should please collect the free coupon at the ticket offices).

The 75th Venice International Film Festival will be held from August 29th to September 8thon the Lido di Venezia, directed by Alberto Barbera and organized by the Biennale chaired by Paolo Baratta.

Set in Beijing in 1964, M. Butterfly is the story of French diplomat René Gallimard (Irons), who falls in love with the singer from the Beijing Opera Song Liling (Lone), an extraordinary Madama Butterfly. Gallimard sacrifices his wife (Sukowa), compromises his career, passes on classified documents to the woman to save the son he believes she has borne him. Unmasked by counterespionage, at the trial he will discover that Song is not only a spy, but also a man.

Inspired by a true story, written for the theatre by David Henry Hwang who adapted it for film, M. Butterfly is a melodrama about the representation of love, about the self-destructive aspects of its illusions, and about the theme of metamorphosis, so important to Cronenberg: "I am a man who has loved a woman, created by a man", says Gallimard in the film.