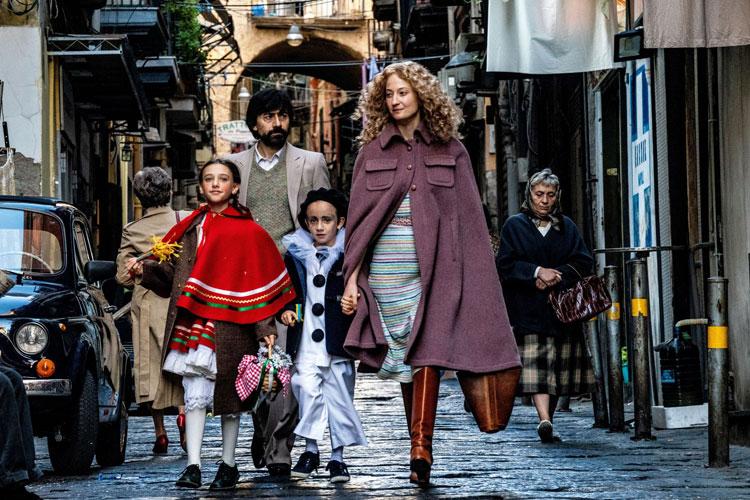 From Venice to Moscow: programme of the 12th edition

From Venice to Moscow

The 12th edition of the film series From Venice to Moscow opens tomorrow Wednesday February 24thwith the screening of the film Lacci by Daniele Luchetti, and will continue through Sunday February 28th with eight feature-length films from the 77th Venice International Film Festival 2020, directed by Alberto Barbera.

The series, organized by La Biennale di Venezia in collaboration with the Italian Institute of Culture in Moscow under the patronage of the Italian Embassy in Moscow, will be held in the Russian capital at the Cinema Oktiabr', the largest and most prestigious movie theatre in the city, limited to 50% of its capacity, and in Novosibirsk from February 24th to March 1st at the Cinema Pobeda.

The screenings from the Venezia 77 Competition will feature Padrenostro by Claudio Noce, for which Pierfrancesco Favino won the Coppa Volpi, and Le sorelle Macaluso by Emma Dante. Also in the line-up are the opening film of the 77th Venice Film Festival, Lacci by Daniele Luchetti, the pre-opening film Molecole by Andrea Segre, and the closing film, Lasciami andare by Stefano Mordini, all of them presented Out of Competition on the Lido. Three other highly-acclaimed films from this section will be screened, Assandira by Salvatore Mereu and the documentary films La verità su La dolce vita by Giuseppe Pedersoli and Paolo Conte, via con me by Giorgio Verdelli.

The film series From Venice to Moscow is part of a cultural project to promote and disseminate Italian cinema in the world, launched by La Biennale di Venezia in Brazil in 2005, while later film surveys have been organized since 2006 in Russia, since 2009 in China, since 2012 in Korea, since 2014 in Croatia, Lebanon and Singapore, and since 2017 in the Philippines.