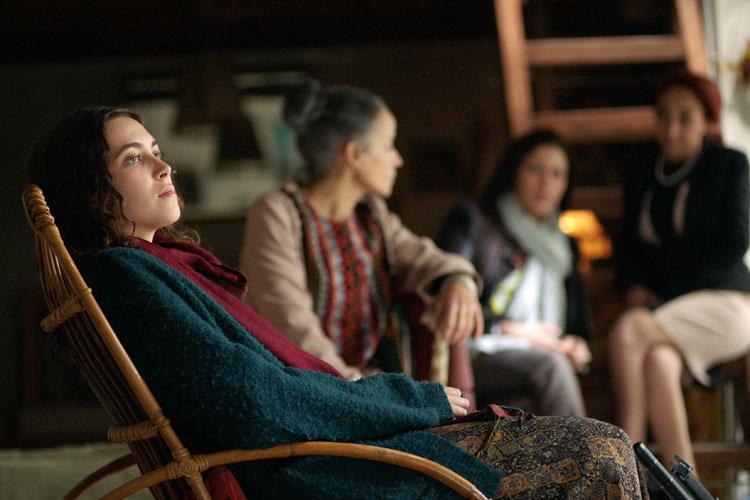 The Web Theatre is back for the 76th Venice Film Festival

A selection of 6 feature-length films from the Out of Competition, Orizzonti and Sconfini sections is available online until 19th September.

A selection of 6 feature-length films from the Out of Competition, Orizzonti and Sconfini sections constitute the line-up of the Web Theatre for the 76th Venice Film Festival 2019, directed by Alberto Barbera and organized by La Biennale di Venezia chaired by Paolo Baratta.

Now in its eighth year, the Venice Web Theatre offers the opportunity to watch significant world premiere films from the official selection of the Venice Film Festival, online, through the website www.labiennale.org, with a maximum capacity of 1000 seats for each showing. Each film (shown in the original version with subtitles in Italian and in English) will be available in streaming starting at 9 pm (Italian time) on the day the film is officially presented on the Lido and through September 19th.

Tickets or digital passes for the 6 films on the Web Theatre may be purchased, starting on August 22th on the website of La Biennale di Venezia: www.labiennale.org.

This is a special opportunity for audiences around the world to discover authors and films from the Venice Film Festival, that represent the most innovative aesthetic and expressive trends in international cinema, made by both young and established directors from Georgia, Iran, Romania, Spain and Tunisia.

The line-up of the Web Theatre includes, among others, the award-winning German-Romanian documentary filmmaker Alexander Nanau, who at the 76th Venice Film Festival will present Colectiv (Collective) in the Out of Competition section.

The screenings, held on behalf of the Venice Film Festival, will be available on the secure website managed by Festival Scope (www.festivalscope.com). Digital tickets may be purchased on the website of La Biennale www.labiennale.org and on the address www.festivalscope.com/venice-sala-web-2019. In order to view the film of choice, the user must first register and pay for the individual ticket (€ 4) or the pass for 5 films (€ 10) which will be good for one viewing only of each film.

Following a kidnapping that lasted months, aggravated by torture and violence, Zina and Djo are able to escape from the Syrian front. But they will have to face even greater pain: Zino no longer knows where her two-year-old daughter is; Djo is pregnant and unable to speak. The only way she can communicate is to write, to put on paper the horrors she has experienced.

NOURI BOUZID (Sfax, Tunisia, 1945) made his debut in 1986 with L'homme des cendres (Man of Ashes), presented in the Un Certain Regard section at the Cannes Film Festival. His films include Golden Horseshoes (1988), Bent familia (1997), Poupées d’argile (Clay Dolls, 2002), Making Of (2006) and Millefeuille (2012). At the Venice Film Festival, he presented the short film Sekatat Sherazade an el kalam, as part of the anthology film La guerra del Golfo… e dopo (1991), and the above-mentioned Bent familia (La figlia di buona famiglia).

Tierra del Fuego, early twentieth century. The photographer Pedro (Alfredo Castro) is hired for the wedding of a very powerful landowner to Sara, a very young girl. But her beauty becomes an obsession for Pedro. An obsession that, to satisfy, will make him an accomplice to genocide.

The city is overflowing with drug addicts because of the dealings of drug lord Nasser Khakzad. Samad, an agent with the Drug Enforcement Task Force, is assigned to capture him; but when Samad tracks and hunts him down, Nasser will use any means to escape and save his family.

The documentary is an account of the events that followed the tragedy which occurred at the Colectiv Club in Bucharest on October 30th 2015, when 65 young people were killed. The tragedy led to a public protest against corruption, and the acquiescence of the Government.

ALEXANDER NANAU (Bucharest, 1979) is a Romanian documentary filmmaker who trained in Germany. His 2010 documentary The World According to Ion B. won an Emmy in the section Arts Programming, while his documentary Toto and His Sisters (2015) was nominated for an EFA award.

The drab life of an engineer is almost upturned when by accident he witnesses a murder. Deeply shaken, he continues to return to the scene of the crime and begins to study criminal minds which soon become his obsession. The purchase of a weapon is the final act of this transformation: will his actions transform him from a "nobody" into a "somebody"?

DMITRY MAMULIYA (Tbilisi, Georgia, 1969) made his debut in 2010 with the film Drugoe nebo (which won a Special Mention at the Karlovy Vary Film Festival).

The director goes to the desert-like shores of a Basque river, in front of the spot where there was once an island where he used to play as a child. The island has now been submerged following the construction of a dam: only the trees still protrude from the water, like the last remains of a time gone by. A time that the director wants to bring back to our memory.

OSKAR ALEGRIA (Pamplona, Spain, 1973) began his career as a travel reporter for El Paìs. In 2013 he made his first feature-length film, the documentary La casa Emak Bakia, focused on photographer Man Ray. In 2018 he directed a segment of the anthology film Gure oroitzapenak.