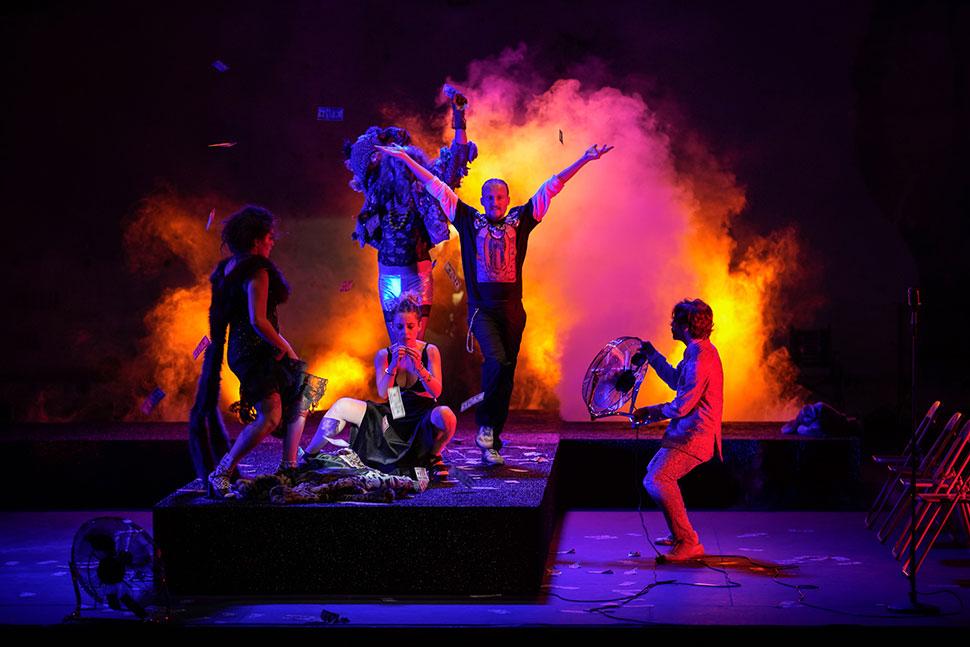 In 1975, to conclude his Theater am Turn in Frankfurt experience, Rainer Werner Fassbinder wrote the text destined to be struck down by the most serious censorship applied in Germany after the end of the Third Reich. The play was blocked and copies of the text shredded. After many failed attempts, the work was staged in Germany for the ﬁrst time in 2009, thirty-four years after it was written.
Staging Garbage, the City and Death now means taking on themes which are now dark spots in which we prefer not to venture. Making a three dimensional character of an individual from a social minority, without compensatory narrative, means making him an integral rather than integrated part of society and this is as difﬁcult today as it was in the 1970s, perhaps even more so.