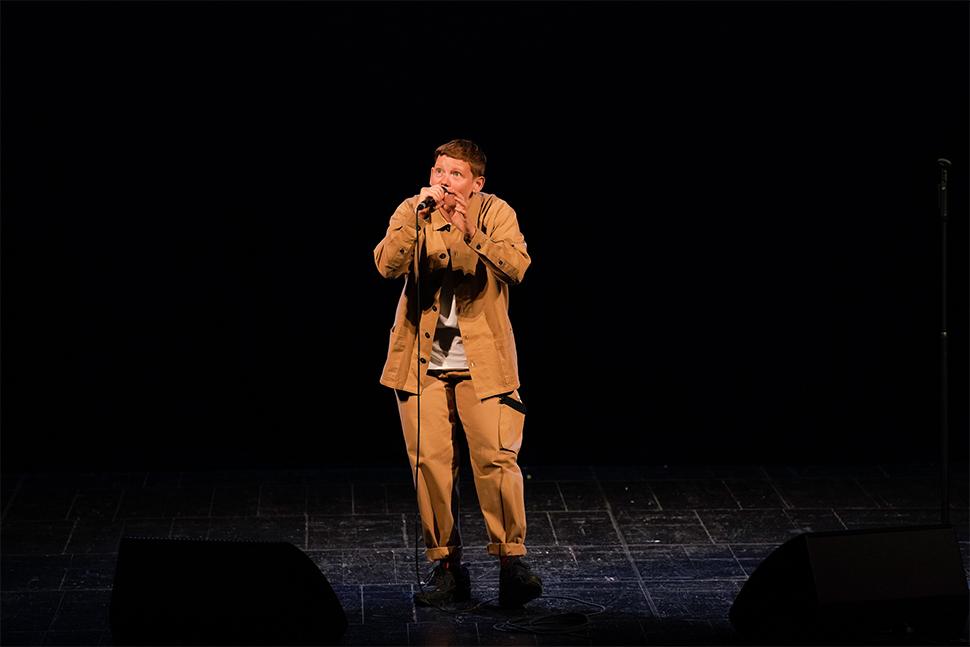 Note: Italian premiere in terms of it being a spoken-word version of the album. The album originally came out in 2019.

By the time Kae Tempest begins The Book of Traps and Lessons, the song has already moved on. I came to, they say, meaning homegirl was out of it, lost for a bit, hung up and hung over and by the time they wake up, catches up, comes back to life, life has moved on. Certainly, the person they thought was right there has moved on, and even in a moment of brief capture, where they fall into a most tender trap, they are out of reach. Together they drift apart. Tempest is surrounded by friends, but something is missing. They are not really friends, but people who remind us of adulting’s first big mistake: confusing friendship with companions in misery. Or companions in drunkenness. All that’s left is their battle born voice and a sad piano, both of which vanish before the song even ends, an unholy cutting off, as if the song was instantly severed from whatever was giving it voice. It’s a stunning change for such a fire-breathing poet. A disturbing quiet space for somebody usually at the forefront of bold sound. Not that they’ve quenched their fire or anything, but that now Tempest sounds as if rising up from depths instead of blazing across sky.
(from a text by Marlon James, April 2019)