Krzysztof Warlikowski - We Are Leaving 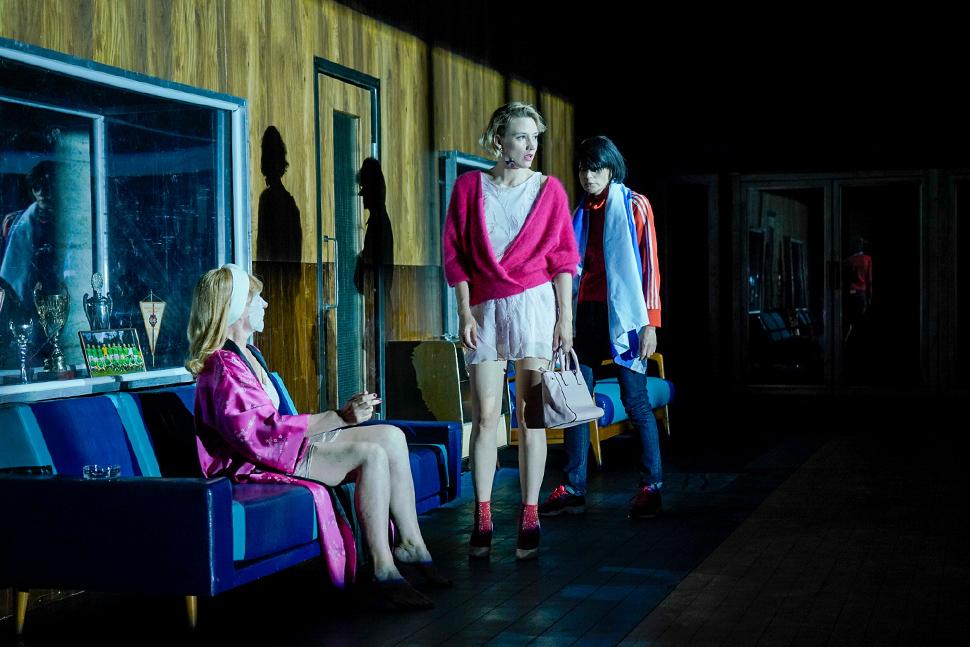 Krzysztof Warlikowski returns to Hanoch Levin’s work twelve years after he directed Krum, where his staging of the play followed a totally new interpretation, and was a great step forward in Warlikowski’s career. This time, the director reaches for the Suitcase Packers. Since his first production of Levin’s work, Poland and Europe have faced many dramatic events. Once, Krum would return to his homeland after an unsuccessful foray abroad, full of hope for his next adventures. Now, everyone is packing up or dying. This great migration of peoples across the world is replicated at a local stage in Levin’s text, as a mirror of all the anxieties and movements taking place on a grand scale. We do not know where Levin’s characters are headed but everyone is doubtlessly trying to get as far away as possible from “here”, but nobody wants to leave their own home.
When returning to his favourite authors, Warlikowski never settles for well trodden paths.
A rebellion is brewing, a fight of maturity against the attempted appropriation of territories of freedom, and imprisonment within peaceful regimes in exchange for submission. Life is never peaceful even when there is no politicising, let alone when the times are turbulent! Levin’s work, as the starting point for the performance, offers a wonderful gallery of characters who will be brought to life by the performers in Krzysztof Warlikowski’s company at Nowy Teatr in Warsaw.