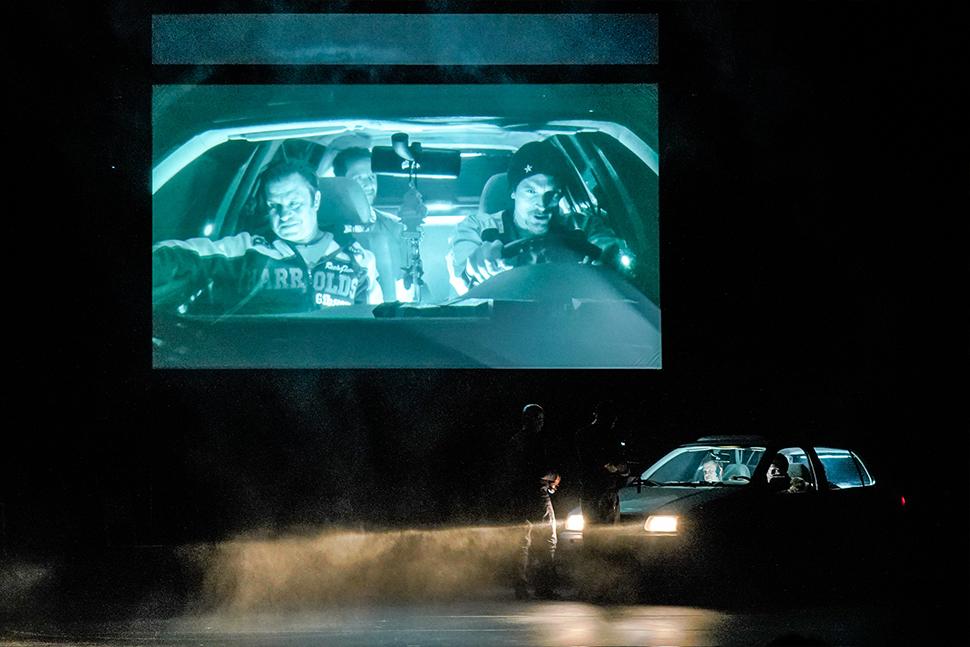 The piece is about the question of the representability of violence and traumatic events on stage. One night in April of 2012, Ihsane Jarfi is talking to a group of young men in a grey Volkswagen Polo in front of a gay club on a street corner in Liège. Two weeks later he is found dead at the edge of a wood. He had been violently murdered after being tortured for hours. The crime upsets and unsettles the entire city. Milo Rau is reconstructing the case – working with professional and non-professional actors – for the stage. From the very beginning, theatre has been an incantation of the dead, a ritualized experience of original sins and collective traumas. In La Reprise, the first part of a series curated by Milo Rau titled Histoire(s) du théâtre, the director and author approaches tragedy in the form of a multi-perspective narrative of a criminal case in five acts. What is at the beginning of a crime? Intention or coincidence? What part does the audience play? How much is the society to blame? And who is on stage?
Milo Rau and his four actors Sara De Bosschere, Sébastien Foucault, Johan Leysen and Tom Adjibi, as well as the storeman Fabian Leenders and the dog sitter Suzy Cocco set out to discover a capital crime, in search of the essential emotions of tragic experiences: loss and grief, truth and falsehood, disaster and fear, cruelty and terror. Six professional and non-professional actors ponder the glamour and depths of life and theatre and slip into the roles of the protagonists involved in a brutal murder case: a manifesto for a democratic theatre of the real emerges.