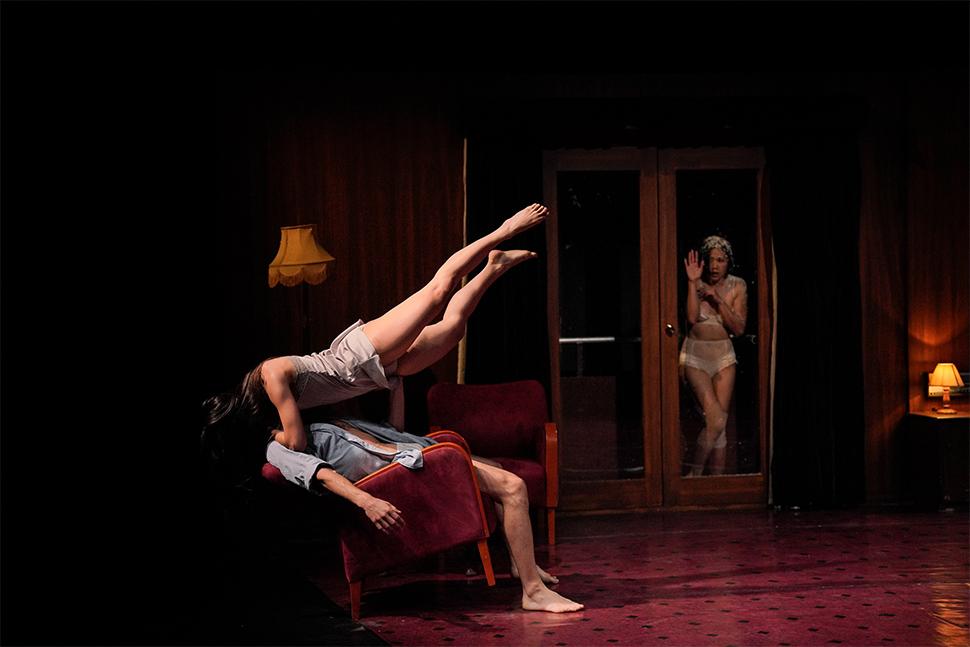 As the lights come on, the audience is plunged into a man’s mind: his life is passing before him like a film – or maybe it is the film of lives other than his, some past, others still to come. And so, in the cabins and hallways of an ocean liner, begins the labyrinthine voyage that is Triptych. In this trilogy, time, memory, and premonition revolve around the illusions, utopias, and lost loves of blinded characters who act out their own fiction. Uncontrollable forces set them adrift at each stage of their search.
In Triptych, the characters, lost in time and space, are continually drifting away and searching for one another. When they embarked on this voyage in pursuit of an ideal they were full of hope, but reality led them towards an uncertain destiny. They try to find a path through the wanderings of their thoughts while reviving and reliving their memories – or creating new versions of them, open to distortions.
Triptych thus reveals a melancholy nostalgia for the future.