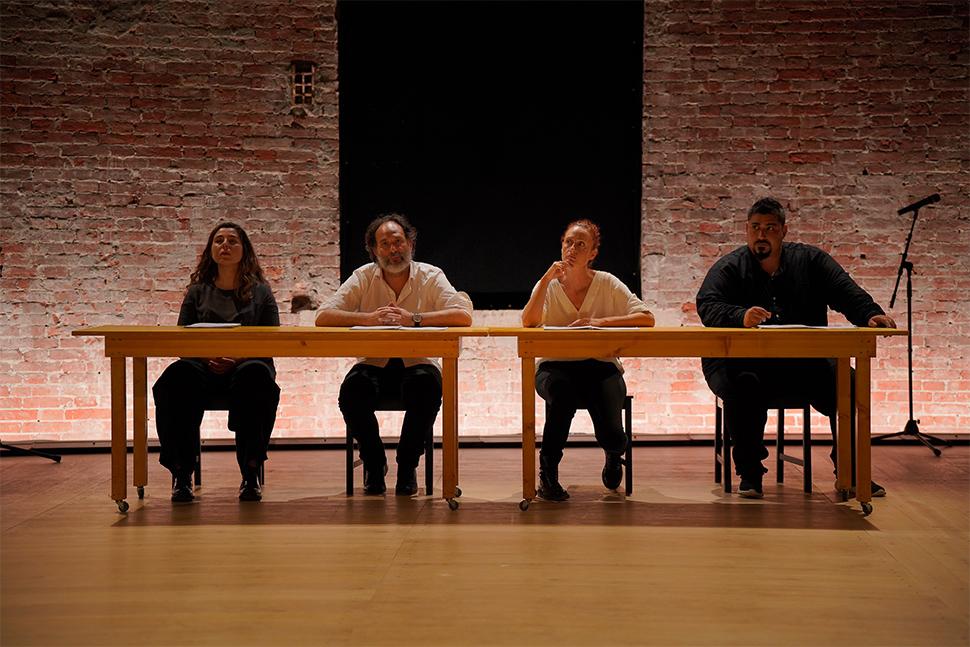 Oceanographic explorations in the Mariana Trench culminated in the colossal diving record achieved by director James Cameron. Cameron went down into the Challenger Deep with a video camera in a sophisticated submarine, and for the first time he brought back to the surface images of an unexplored abyss and the creatures that inhabit it. The story of the 20th-century expedition to the Mariana Trench, and Cameron’s revolutionary descent in 2012, gave rise to a process that brought together a variety
of materials around the theme of diving into bottomless depths; of the abyss as a constant, subtle presence. The attempt is then to identify mystery in the reverberations and resonances triggered by these materials. The play provides a dramaturgical device that aims to “deposit” materials on the page, which can then be manipulated as much as possible. In a production, they might be spoken, projected, acted out, listened to, reduced to a symbol (and so on).