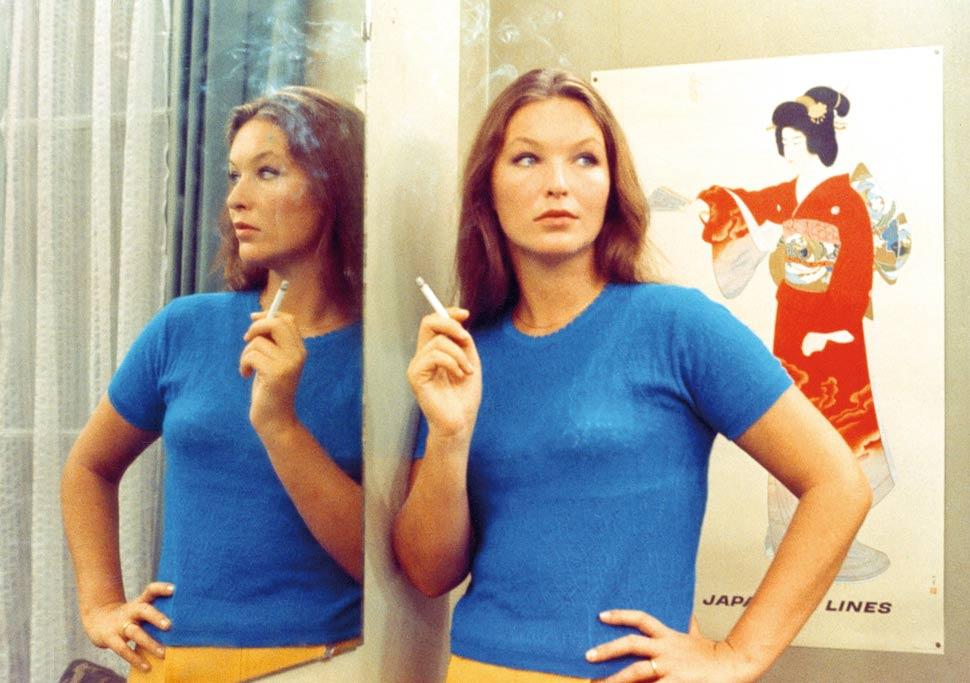 The story of the adventures of a young woman living in a low-rent housing project (H.L.M.: Habitation à loyer modéré).

The story of Juliette is not told in continuity, the objective being, as we describe her, to describe at the same time the events of which she is a part. It is a matter of describing a “whole.” This “whole” and its parts must be described as objects and subjects. For example, this can be rendered perceptible by filming a building from the outside, then from the inside, as if one entered the inside of a cube, an object. The same applies to a person: his face is generally seen from the outside. But how does he himself see the things that surround him, how does he physically feel his relations with others and the world? We can break down this process in four main movements:

1b. objective description of subjects: the characters, Juliette, the American, Robert, the hairdresser, Marianne, the travelers, the automobile drivers, the welfare worker, the elderly, the children, the passersby, etc.

2a. subjective description of subjects: especially through feelings, that is, through scenes more or less acted out and spoken.

2b. subjective description of objects: settings seen from the inside, where the world is outside, behind the windowpanes, or across the walls.

Altogether, the objective description and the subjective description are to lead to the discovery of certain more general forms, reveal a certain “aggregate feeling” vs a universal, global truth, something that corresponds in sentiment to the laws that must be found and applied in order to live in society. The fact of having managed to reveal certain aggregate phenomena while continuing to describe particular events and sentiments, will finally lead us closer to life than we were at the beginning. If the film succeeds, then perhaps the singular existence of an individual will be revealed—in this case that of Juliette particularly.