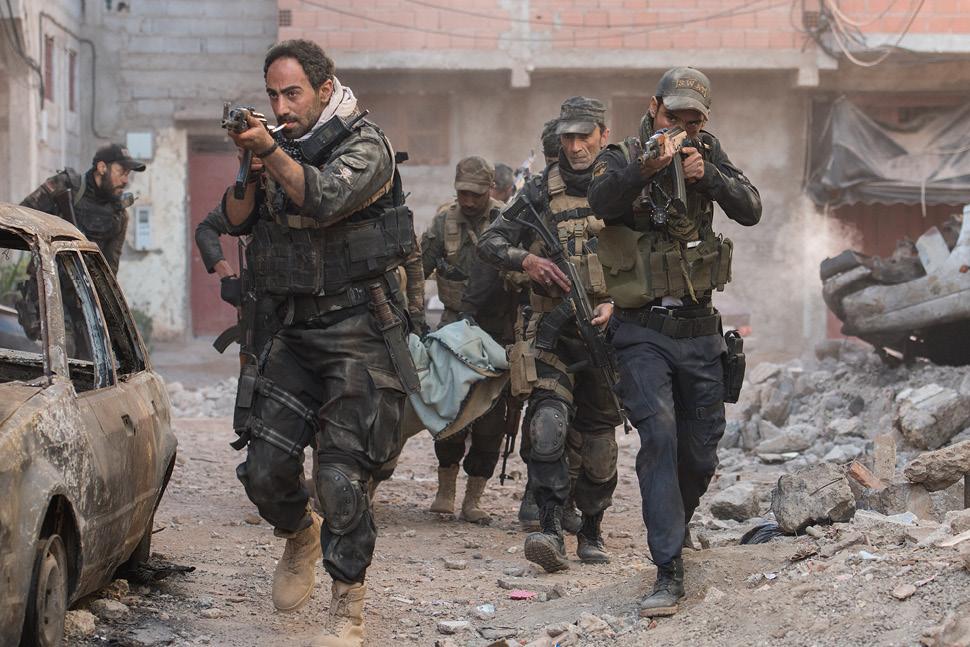 When ISIS took their homes, families and city, one group of men fought to take it all back. Based on true events, this is the story of the Nineveh SWAT team, a renegade police unit who waged a guerrilla operation against ISIS in a desperate struggle to save their home city of Mosul.

One of the two Commanders of the Nineveh SWAT Team, Colonel Rayyan, has been shot by ISIS terrorists three times. They’ve killed two of his brothers, kidnapped a third, killed his brothers-in-law, bombed his Father’s home, and shot his sister at his engagement party. Every one of his Men has a similar story of loss. And yet they haven’t stopped fighting once in 5 years. As someone from a country that has been at War with Iraq since I was a child, I’m embarrassed to say that, until I read the New Yorker article, The Desperate Battle to Destroy ISIS, on which this film is based, I had never conceived of people like those in the Nineveh SWAT Team: men fighting endlessly, in the most hellish conditions, sacrificing themselves so that some might be able to reclaim their homes and families on the other side of this nightmare. I hadn’t even finished the article when I called and asked Joe and Anthony Russo if I could not only adapt it as a film, but also direct—and as they were digesting this vaguely ridiculous request, as I had never directed anything, I went further and said the only way I could see making this film was with an Arabic cast speaking the Arabic language. When they didn’t hang up, I knew I had met two rare people who saw this article and opportunity the same way as me: we could inspire the same sorts of reactions we all had to the material by telling this horrible, beautiful story of these Men on film, in their mother tongue, with Actors from their part of the world. I think we have done this. And I am proud of it.