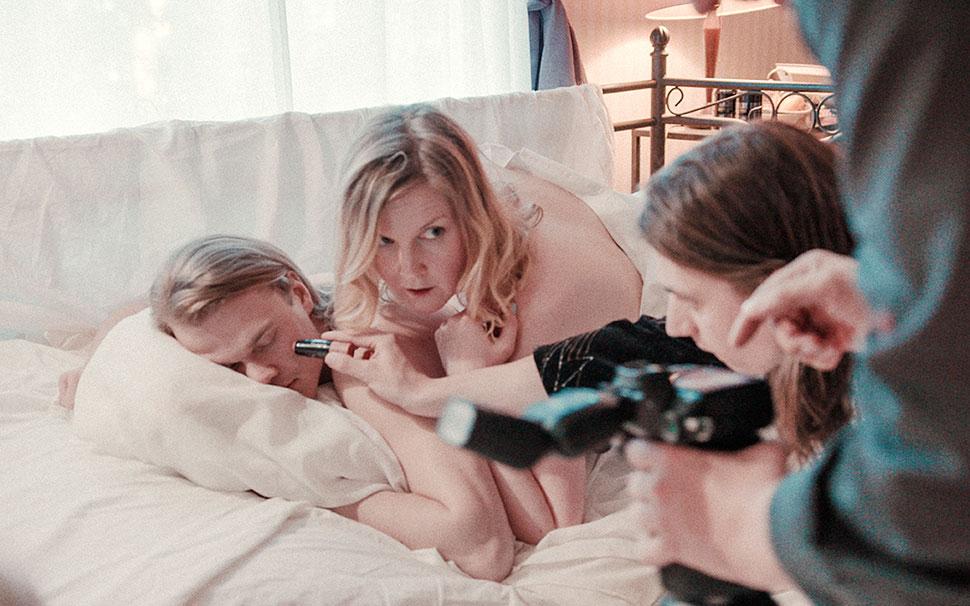 After losing an interesting film job to her nemesis Kristian, Hanna teams up with her sister and counterculture friends to create a parody romance on Instagram between herself and young actor Ekku. They are passionate to make visible how the society is hungry for romantic narratives. Hanna starts living a crowd-pleasing love story for the public, only to find herself tangled up in the unresolved past with her “you were never my boyfriend” friend Lasse, who also happens to be the real-life co-writer and cinematographer of Fucking with Nobody. As the fake-romance starts affecting everyone involved, a hurricane of desires, fantasies, hurt and intimacy is set off. Everyone involved has to decide what they are ready to put in front of the camera. Fiction and auto-fiction crash and melt into each other, as writer-director Hannaleena Hauru plays the lead role of an ever-single film director Hanna.

To make a portrait about relationships and intimacy in our times, I’ve found no other solution than to come as close to reality as possible, not only in the emotional content, but also in the cinematic solutions on how the story is told to the audience. Fucking with Nobody is a satire in which the aestethics of haptic visuality and the acting style are toying with autofiction. All primary cast was involved in creating the characters and their archs in the film. I wanted to study how emotion can move through different characters and build a fictional universe that unfolds to be a presentation of the actual relationship of the two screenwriters of the film, Hanna and Lasse.