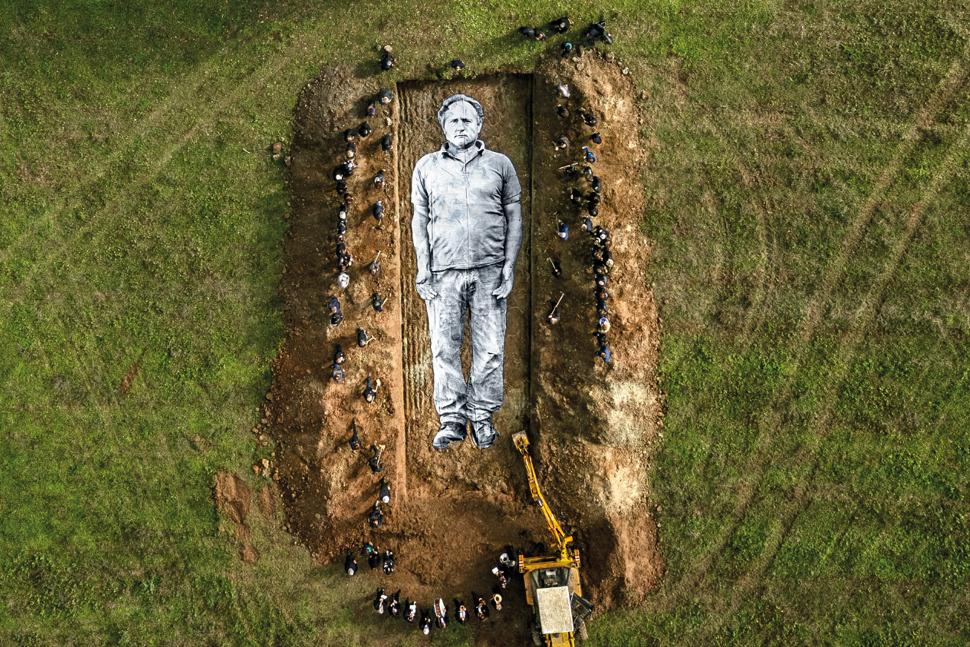 A farming community gathers on a plateau on the border of three regions for the funeral of traditional agriculture. It’s a film to ward off the disappearance of a millenary culture.

Last autumn on a walk along the border between Umbria, Lazio and Tuscany, I was telling my friend-artist JR how worried I was about the destruction of the agricultural landscape, which is being violated by the proliferation of intensive monocultures covering entire regions. The daughter of a beekeeper, I told him about the great death toll of insects this causes, and the small-scale farmers’ fight to stem this flood of speculation, subsidies and pesticides. While we were looking at the landscape with its endless rows of hazelnut trees, we told each other that it looked like a cemetery. On the way back we made a decision: if it looks like a cemetery, we have to hold a funeral. But it has to be a funeral that is full of life! That’s how the project of Omelia contadina originated: a film with which, through our work, we could support the fight of the small-scale farmers and inhabitants of the Alfina plateau. Not only a funeral but also a hymn of hope dedicated to all those who keep us alive day after day, producing the food we eat.