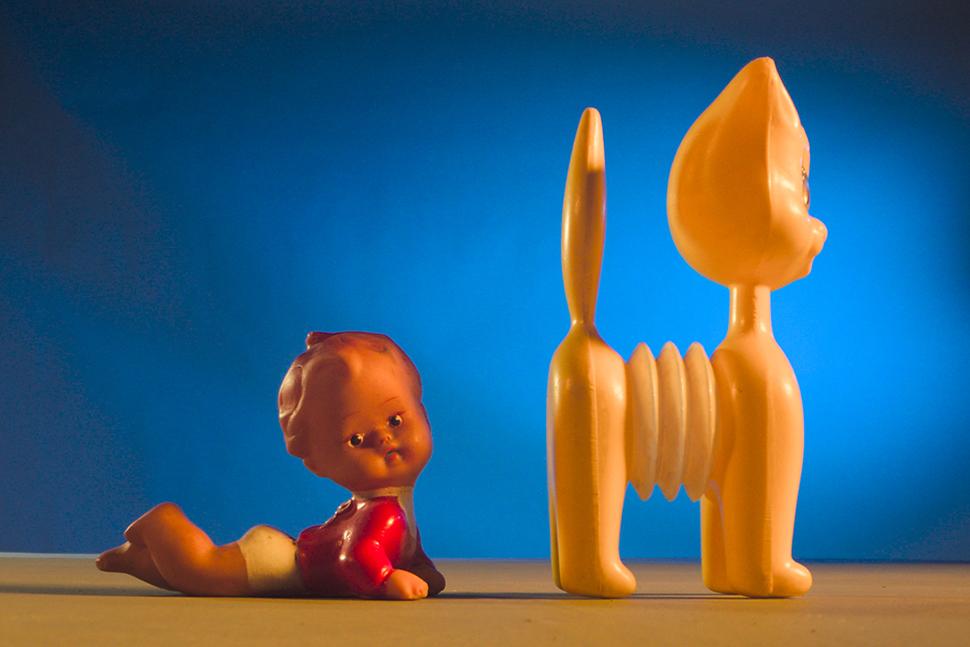 The life of human beings, seen from birth to old age. Only that this generic life is not represented with humans, but with the artefacts that we the humans have created for our children (or should we say ‘cubs’?), in order to prepare them for life: the toys. So, the film is a collage of scenes in which the toys help us understand better a possible essence of our life.

In the 19th century, both Chekhov and Flaubert used the clichés they heard around them in order to represent the substance of human life (in which, for both of them, stupidity, understood in a broad meaning, played a substantial part). Since then, a huge collection of another type of clichés invaded our society: the toys. So I imagined a film in which the essence of our lives is told not only with words, but also with images of innocent toys. I strongly believe that the film is purely cinematic, because these toys are studied with our profession’s instruments (camera and montage) and the full meaning of the film could be revealed especially on a big screen projection, where the tiny toys change dramatically their dimension.