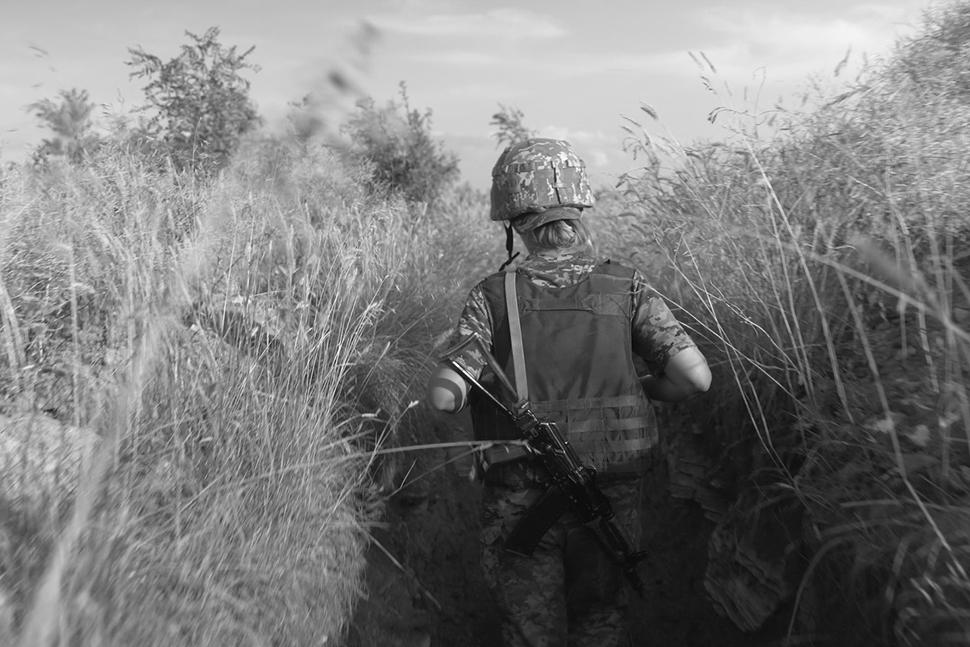 In Donbas Ukraine, while precarious truces and ceasefires are negotiated far away by diplomats, Ukrainian soldiers fight against separatists supported by Russia. At an age when some are experiencing the best years of their lives, in the frontline men and women are fighting, condemned to dig and dig up again the trenches, while bombs keep on falling on them. Loup Bureau takes us on an immersive and stunning cinematic journey revealing the naked truth and roughness of survival, in what is called to be the last conflict on European soil.

Late 2015. Ukraine’s Donbas region. At the confines of Eastern Europe, thousands of men hole themselves up in the ground, exhausted by months of combat. The war of movement is over; artillery firepower has turned it into a war of position. The soldiers realise that it will not be short-lived. But more importantly, it is going to be very different from what they imagined. Nearly 100 years after the Great War, a new episode of trench warfare begins. In this conflict of a bygone era, man must transform his surroundings and himself. He has to build and consolidate his living environment, find protection in it, and adapt to it. Transformation is vital to face death, recreate a daily routine, and some form of normality in the abnormal world of armed conflict. 7 years after the beginning of the hostilities, practically no one is aware that only a few thousand kilometers away, on the edge of eastern Ukraine, young Europeans were dying, and continue to die, in an absurd war. This film is the story of a battle and, in many respects, a personal one: the desire to tell the story of something no one really seeks to see or understand, as news reports about Ukraine no longer interest. After having covered the EuroMaidan movement as a journalist, the beginning of the war and its impact on Ukrainian society, I felt a kind of urgency to turn to the tools of cinema. I am French, I love Ukraine, and I don’t understand why Western powers haven’t put an end to this destructive conflict at the gates of Europe. I am perplexed and want to share how I feel as a man filming my fellow men, and in doing so, through cinema, documenting a love for life and the folly of men in general. Including our own.