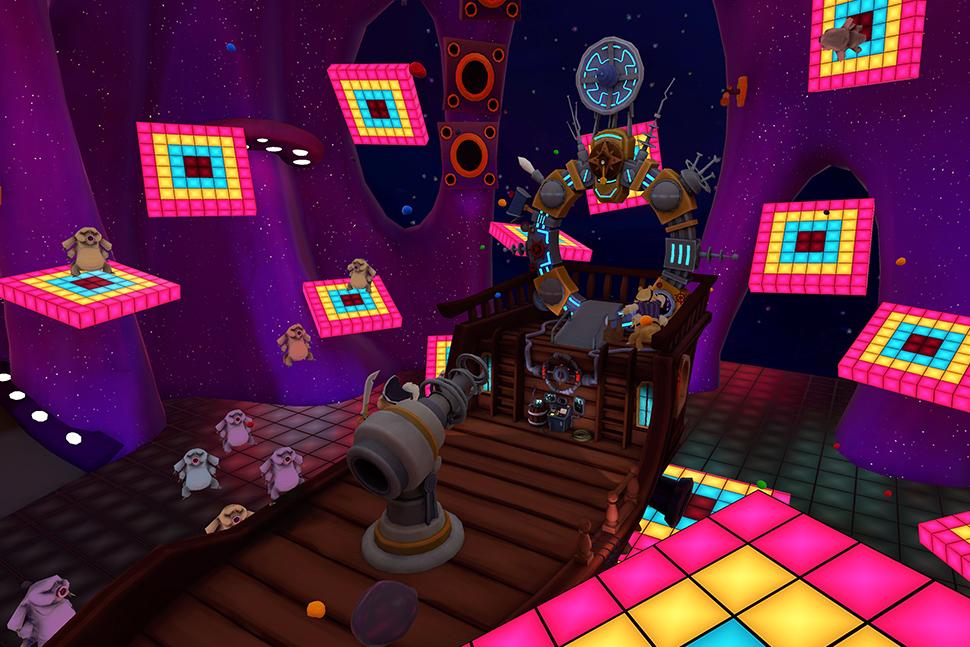 Sam is a dog with a hat. Max is a hyperkinetic naked rabbity thing. Together, they’re the Freelance Police, the intergalactically famous agents of indiscriminately applied justice, now starring in their umpteenth video game! Even multimedia evil-slappers like Sam & Max could use a hand, and this time they’re using the incomprehensible magic of virtual reality to invite the player into their off-kilter world for a furious day of monster-slaying, obstacle courses, responsibly discharged firearms, and, of course, saving the entire freaking world. Sam & Max, Steve Purcell’s dog and rabbity-thing known collectively as the Freelance Police, were introduced to the unsuspecting world in 1987. They have appeared in comics, video games, an animated TV series, and an Eisner award-winning webcomic. Together they patrol the sticky streets of a fantastical New York City, righting wrongs, smashing evil, and delivering hot steamy plates of justice on the daily. They’ve been to Heck and back, shattered the time stream, and made America safe for bigfoots... and are now coming to virtual reality.

Having worked on the original Sam & Max game (Hit the Road) 30 years ago with Steve Purcell and others on this project, this had a special place in my heart. It was amazing to bring Sam & Max back to life, and into a new medium for the first time.