in collaboration with Accademia Musicale Pescarese 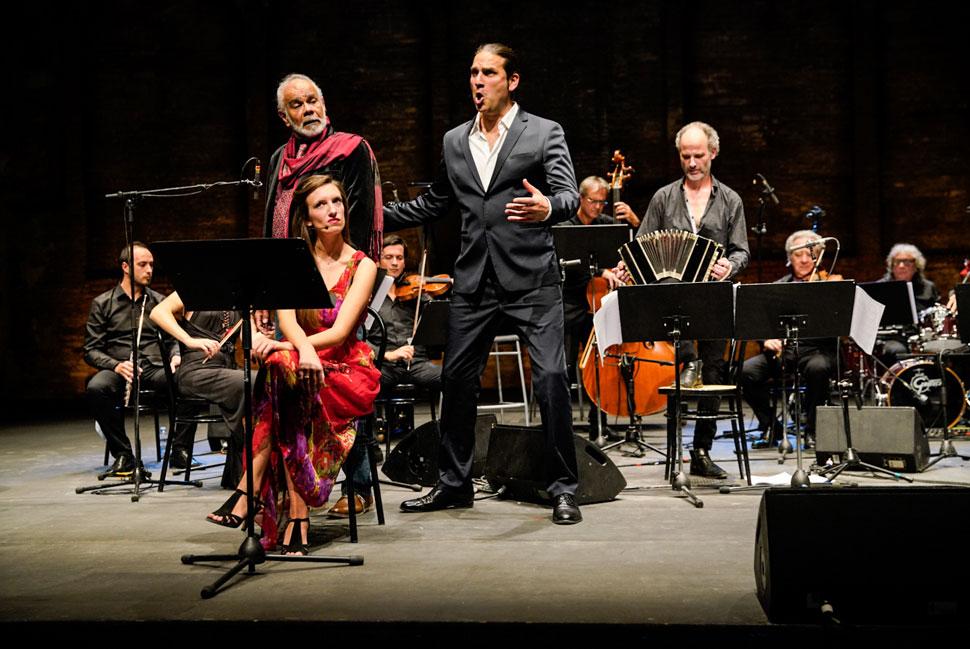 Astor Piazzolla enriches the tango with different instruments, techniques and styles that revolutionize and expand its expressive range. Marcelo Nisinman will be the conductor of Piazzolla’s most famous tango-opera María de Buenos Aires, a story that springs from South-American magic realism through the pen of Uruguayan poet Horacio Ferrer.

Originally conceived for radio, the tango-opera in two acts and sixteen tableaux María de Buenos Aires by Astor Piazzolla (to a libretto by Horacio Ferrer), set in the slums of the Argentinian capital, premiered in Buenos Aires in 1968. The subject was inspired by an urban legend about the hapless María, born “on a day when God was drunk” in a poverty-stricken suburb of Buenos Aires. She started out as a factory worker, but after becoming a tango singer, María went to work in a bordello and died young; then, in the second act of the opera, she wanders in the form of a ghost through the streets of the city until she is miraculously reborn to give birth to a daughter, also named María, who could be herself in a new life.

In a surreal and fantastic story of death and regeneration with a strong symbolic component, sacred and profane intertwine in a fantastic metropolitan world animated by poetry, music and dance.