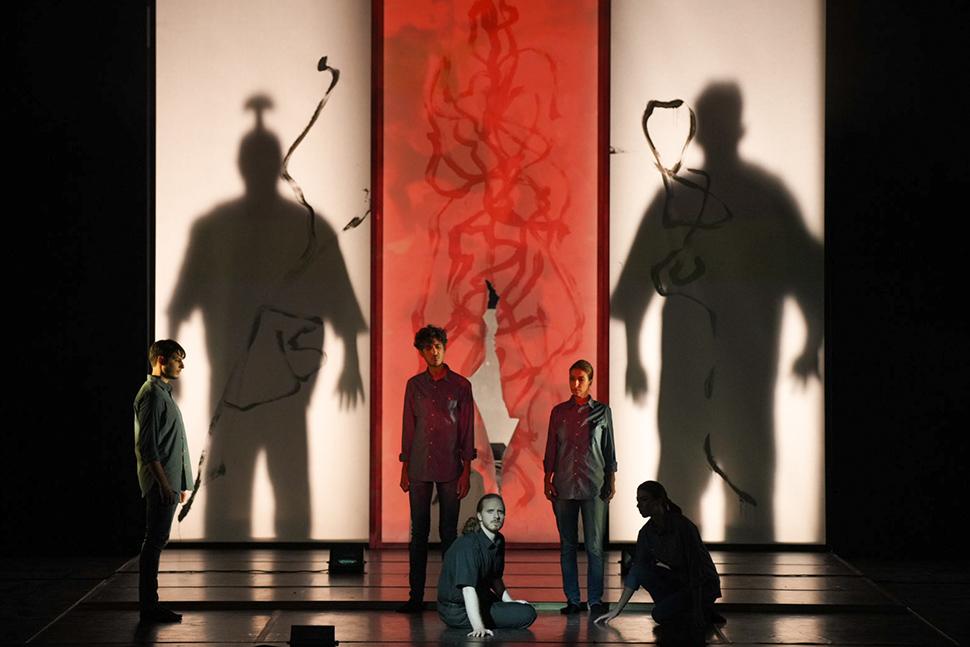 The vocal music of Kaija Saariaho, the Golden Lion for Lifetime Achievement of this Festival, is based on the texts of important authors from various eras who address universal themes such as the solitude of the journey, distance, and death. The texts are analysed by the composer as sound material and as instructions and suggestions for listening. In the second concert dedicated to her, the European premiere of Only the Sound Remains is featured: this is a chamber opera in the new production by Aleksi Barrière performed by Paul Hillier’s Theatre of Voices. Only the Sound Remains takes the idea that cultures have much to learn from each other one step further: it is an attempt to not just be inspired by each other from afar, but to create a work of intercultural collaboration, together.
During World War One, Ezra Pound reworked and adapted the translations of fifteen Noh plays by the late Ernest Fenollosa: Pound believed in the fundamental importance of translation for the renewal of art and society, and he was right: his Noh plays influenced Western theatre for over a century. Ezra Pound’s “ideogrammic” poetry and Kaija Saariaho’s sound world provide the perfect material for an encounter between artists of the East and the West. In this piece, which deals with a deeply human craving for beauty that transcends cultural specifics, we can dream the dream of something like a cross between opera and Noh, but also contemporary music, dance and theatre from three continents. Of an art that is alive.