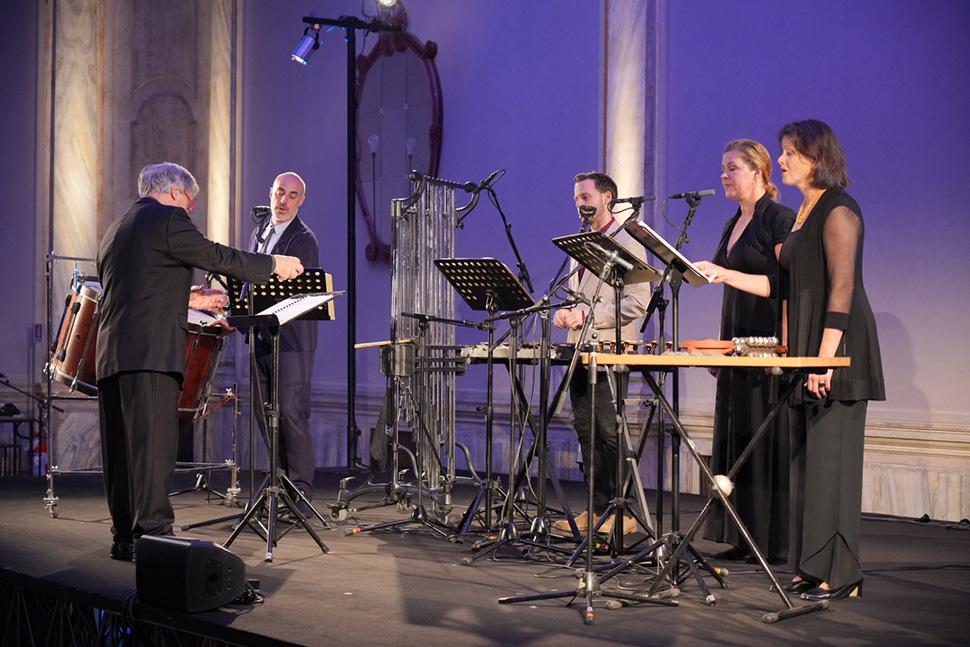 David Lang, the protagonist of American post-minimalism and founder of Bang On A Can, is the composer of The Little Match Girl Passion, the piece that won the Pulitzer Prize for music in 2008. It will be performed by Paul Hillier’s Theatre of Voices, who recorded it for the Harmonia Mundi label, winning a Grammy Award in 2010.
“I wanted to tell a story. A particular story — in fact, the story of The Little Match Girl by the Danish author Hans Christian Andersen. The original is ostensibly for children, and it has that shocking combination of danger and morality that many famous children’s stories do”. With these words David Lang describes his attraction to this story of “beauty and horror” that lies at the basis of his successful piece scored for chamber choir and four solo voices. Lang’s interest in Hans Christian Andersen’s fairytale lies not in the account of the story itself but rather in its value as a parable or moral tale, in which the composer assimilates the plight of the little match girl into the sufferings of Christ. The work depicts in fifteen stations the passion and death of the little match girl, who dies of cold amid the indifference of the crowd intent on the preparations for celebrating the birth of Christ.

Arvo Pärt’s Stabat Mater will be performed in the original 1985 version for trio of voices and strings. This work is typical of the “tintinnabuli” technique developed by the Estonian composer since the 1970s; its meditative style and slow tempo, the purity of its musical lines, and the reduced forces consisting of only three vocal soloists and a string trio represent a return to the spiritual roots of the text. The agony of a mother in front of the dead body of her son is sublimated into a sorrowful but reassuring mediation on death. As the composer himself explains: “It is just like the contact of opposing elements, for instance lava erupting from a volcano, flowing into the water. It seems impossible that such different elements would ever meet; however, in this piece this is exactly what happens. The text presents us the simultaneous existence of [the] immeasurable pain of this event and potential consolation.”