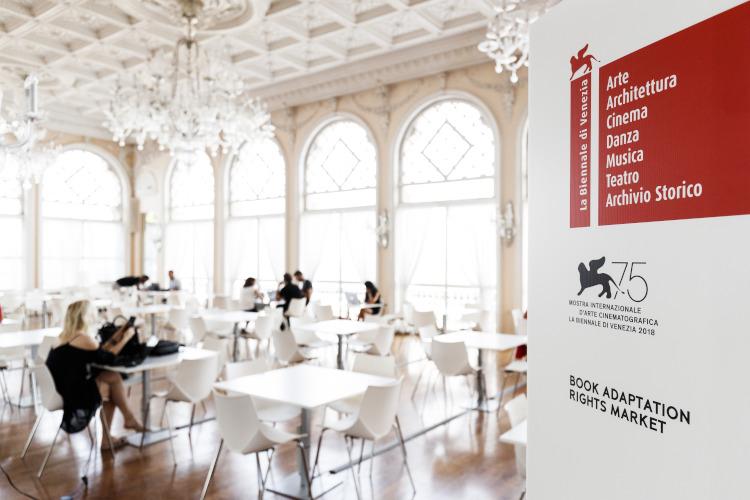 The 7th edition of the Book Adaptation Rights Market

From 2 to 4 September as part of the Venice Production Bridge, in the context of the 79th Venice Film Festival.

The Book Adaptation Rights Market will offer 33 selected, international publishing houses and literary agencies a dedicated area within the Venice Production Bridge and the possibility for one-to-one meetings between publishers and producers. The meetings will allow to foster lasting relationships and to make deals on the adaptation of novels, drama, children’s literature, short stories, comics, graphic novels, essays, biographies.

The Book Adaptation Rights Market will enable the invited publishers to propose their entire catalogue for film adaptation, rather than focusing on a single book, as opposed to other events dedicated to publishing within the context of film festivals.

A brochure gathering all the publishers and literary agents and their new titles as well as their catalogue will be sent to all registered producers beforehand.

As of today, the 33 publishers and literary agents invited to this year’s event of the Book Adaptation Rights Market are:

Ever since its first edition during the 73rd Venice International Film Festival, the Book Adaptation Rights Market has met with great success as proven by the publishers’ requests to participate again in this event, as well as by a growing demand from the producers looking for original intellectual properties (IP).

The new brochure that gathers all the details of the invited publishers and literary agents  for this year’s edition of the BOOK ADAPTATION RIGHTS MARKET is available on the section ‘download’ of the Venice Production Bridge Website at the following link: https://veniceproductionbridge.org/sites/default/files/documenti/file/2022_vpb_barm_5lug.pdf