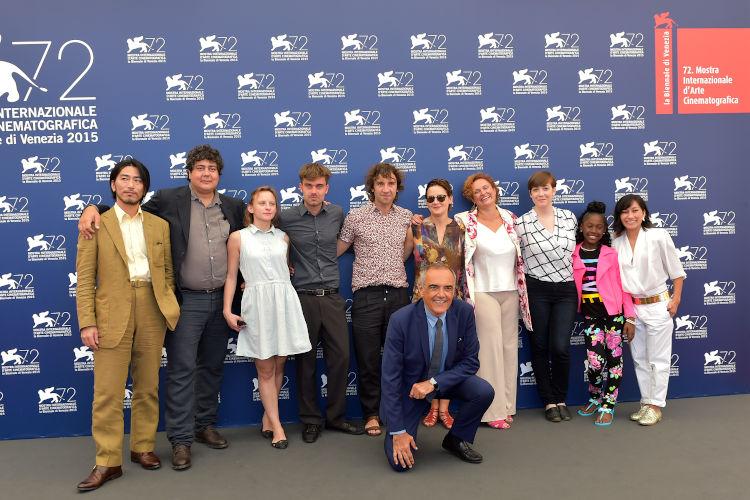 Biennale College Cinema / International: the Call for the 9th edition is now open

The feature-length film The Fits (2015) by Anna Rose Holmer (3rd edition) to be shown on the Criterion Channel.

The new Call of the Biennale College Cinema / International

Biennale College Cinema, a higher-education workshop that since 2012 has enriched the Venice International Film Festival, has assigned the Biennale grant to make 26 micro-budget feature films so far (costing no more than 150,000 euro each), including the four that will be screened at the coming 77th Venice International Film Festival (September 2nd - 12th, 2020), to promote new talents that have established their name around the world.

They include the young American director Anna Rose Holmer, whose film The Fits, a feature-length film made for the 3rd edition of the Biennale College Cinema (2015), has just been added by the Criterion Channel to the prestigious Criterion Collection, dedicated to restored classics and contemporary films, and defined by director Wes Anderson as the “Louvre of films”. The Fits is the story of a thirteen year-old girl who lives in the West End of Cincinnati and practices boxing with a passion. When Anna Rose Holmer’s debut feature, The Fits, was made for the Biennale College Cinema program in 2015, it demonstrated that a micro-budget film could be both imaginative and entertaining. Critical reaction at its world premiere screening at the Biennale Cinema 2015 was positive on all sides. Stephanie Zacharek wrote in “The Village Voice” that The Fits “could easily find a place in almost any art house in the United States”, and over the next year the film was invited to festivals such as Deauville, Sundance, San Francisco, Nashville, and Seattle. Royalty Hightower received the Breakthrough Performance Award from the National Board of Review for her lively and compelling role as the young tomboy whose obsession with joining a community dance group takes a mysterious turn.

When The Fits premiered on the Criterion Channel last month, it was described in glowing terms: “Anna Rose Holmer’s mesmerizing feature debut is a transfixing sensory experience and a potent portrait of adolescent turmoil.”

The Call of the Biennale College Cinema / International is open to teams composed of directors at their debut or sophomore film, associated with producers who have to their credit at least three audiovisual works, or a feature-length fiction film, or a documentary, distributed and/or presented at festivals.

Nine micro-budget projects will be invited to participate in a development workshop in October 2020 in Venice, along with the three projects selected from the Italian call (Biennale College Cinema / Italia).

The announcement of the twelve projects selected for the educational workshop in October will be made during the 77th Venice International Film Festival directed by Alberto Barbera. After that the two separate sections of the ninth edition of the College Cinema programme, BCC / Italia and BCC / International will move along the same track, leading to the selection and presentation of four micro-budget feature-length films at the 78th Venice International Film Festival in 2021.

Biennale College is a complex and innovative experience that engages all the Departments of La Biennale di Venezia.

Biennale College Cinema enjoys the support of Eurimages, the cultural fund of the Council of Europe that covers the expenses for travel, hospitality and training for a woman director (Eurimages Residency Grant).