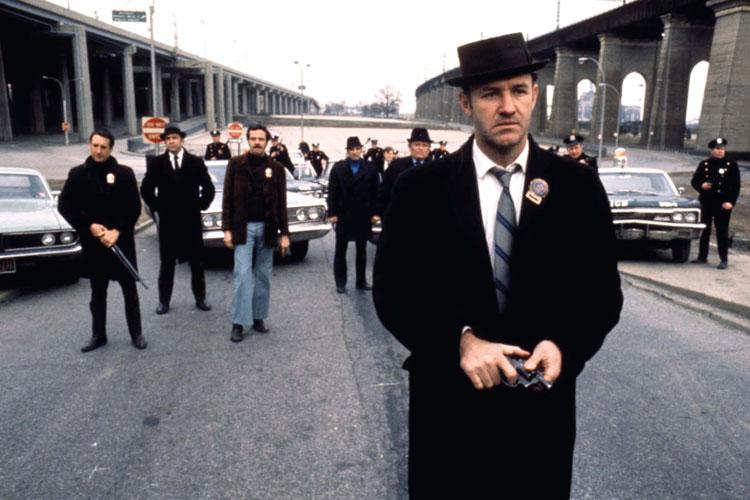 From February 10th through May 26th, every Thursday at 7 pm the Cinema Rossini movie theatre in Venice (Salizzada de la Chiesa o del Teatro, 3997), will host the third edition of the film series Classici fuori Mostra. Permanent Festival of Restored Films, organized by La Biennale di Venezia in collaboration with the City of Venice’s Circuito Cinema and the professors of film studies at the Università Cà Foscari in Venice and the Università IUAV in Venice.

The programme will include fourteen film classics (and one “behind the scenes”) recently restored by the most important film libraries around the world, in the original language version with subtitles in Italian. Each film will be introduced by an expert and followed by a question-and-answer session with the audience. There will be special discounts for students (reduced student ticket price 3 euro, student pass 30 euro, full price ticket 6 euro).

“Classici fuori Mostra returns, preceded by the success of the two previous editions, held respectively in the open-air arena at the Giardini in the summer of 2020 and at the Teatro Piccolo Arsenale in the summer of 2021 – explains the Director of the Venice International Film Festival Alberto Barbera. The third edition not only gives continuity to the idea of proposing activities that extend beyond the traditional timeframe of the Venice Film Festival, by appealing to the residents, it also has another objective: to involve the vast population of students that energizes Venice – relying on the real and valuable collaboration of the city’s Universities and its professors of film studies, with the aim of making the students the protagonists of this initiative. For this reason, each film will be introduced by an expert (professors and critics have enthusiastically agreed to take on this mediation challenge) and followed by a “Q&A” session at the end of the screening. This is a re-edition of the time-tested film forum formula, which is coming back in style by virtue of the curiosity and the desire for debate that cinema again appears to be stimulating after years of passive home viewing”.

The first film in the line-up – Thursday February 10that the Cinema Rossini (at 7 pm) ­– The French Connection (1971) by William Friedkin, starring Gene Hackman, Fernando Rey, Roy Scheider, a classic of the new 1970s American crime films, which revolutionised the rules of the investigative noir, influencing subsequent action movies. The winner of five Oscars – Best Film, Best Director, Best Editing, Best Screenplay and Best Actor (Hackman) – the film remains as exciting as ever thanks to the dynamic directing style of William Friedkin (The Exorcist, To Live and Die in Los Angeles) in the car chase scenes. Restored by The Walt Disney Studios. Introduced by Michele Gottardi.

The 14 titles in the line-up come from cinema far and near. Not only are there classics from the Pantheon of the great films in the history of cinema (such as La règle du jeu, by Jean Renoir, Dies Irae by Carl Theodor Dreyer, Uccellacci e uccellini by Pasolini, Csillagosok, katonàk (The Red and the White) by Miklós Jancsó or The French Connection by William Friedkin), there are also works that were initially considered minor but that the passing of time invites us to reconsider, given the revision in the hierarchy of values to which all of art history is subject: Il giorno della civetta (The Day of the Owl) by Damiano Damiani, Coogan’s Bluff  by Don Siegel. Finally, there are titles that are unfamiliar to most and perhaps not as well-known because they were not distributed in theatres in Italy at the time, such as Herzog Blaubarts Burg by Michael Powell (from the one-act opera by Béla Bartók), H-8… by Croatian filmmaker Nikola Tanhofer or Siréna by Karel Steklý (which won the Golden Lion in Venice in 1947), Layla wa zi’ab (Leila and the Wolves) by Heiny Srour, a rare and ambitious revisiting of Arab history from a feminist point of view, or the delicate Iris och löjtnantshjärta (Iris and the Lieutenant) by Alf Sjöberg (also winner of an award in Venice, in 1946) and the erotic Maruhi Shikijo Mesu Ichiba (The Oldest Profession) by Noboru Tanaka, considered one of the finest Japanese pinku eiga of the 1970s.

Venice Classics is the section that since 2012 has presented the world premiere screenings at the Venice Film Festival of a selection of the finest restorations of classic films completed over the past year by film libraries, cultural institutions and production companies from around the world. Venice Classics is curated by Alberto Barbera with the collaboration of Federico Gironi.