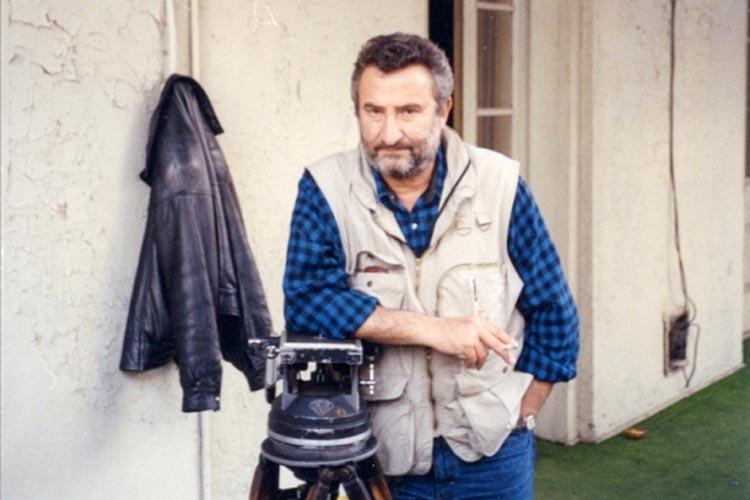 A documentary by Manlio Gomarasca and Massimiliano Zanin, presented by Nicolas Winding Refn on 5th September.

Nicolas Winding Refn stated: “Originality comes in many colors. And like it or not, Joe D’Amato is a SUPERNOVA!”

Aristide Massaccesi, known to everyone as Joe D’Amato, breathed cinema from childhood when, at a very young age, he worked with his father who rented camera equipment and with Lamberto Bava’s grandfather as an apprentice in the offices of Istituto Luce. His first experiences on the set were with great directors: Mario Soldati, Franco Rossi, Dino Risi, Mario Bava, René Clément, Roger Vadim and Vittorio De Sica, where the young Massaccesi learned various aspects of filmmaking.

He soon climbed the ranks and made his debut first as an assistant cameraman for Jean-Luc Godard in Contempt, then as a talented and respected cinematographer. After serving in that capacity for over fifty films, he became a director for the rest of his life. He made over 200 films for which he was the producer, director, screenwriter, cinematographer and even cameraman, a true one-man-show by a craftsman of cinema as he liked to describe himself, who was at ease with every type of film genre.

He made everything. Cult films such as Antropophagus: The Grim Reaper, Beyond the Darkness, The Emperor Caligula: The Untold Story, epoch-making films such as the series of Black Emanuelle, outrageous films such as Sesso nero (the first Italian porn film), ambitious films such as Endgame – Bronx Final Battle, or industrial films such as the mega-hard-core productions of the 1990s in which, however, Joe D’Amato felt trapped, forced to make them to pay the debts of his bankruptcy as a producer, though they might well have been the only way he had left to satisfy the obsession that tormented him throughout his life: his need to be on the set.

Manlio Gomarasca
Born in Milan, in 1994 Manlio Gomarasca founded the magazine Nocturno Cinema for which he is the publisher and editor-in-chief. He published the books 99 Donne and Io Emanuelle for Mediaword, Stelle e stelline del cinema italiano for CinemaBis Communication and La piccola cineteca degli orrori and Monnezza amore mio for Rizzoli. He curated the retrospectives Italian King of the B’s and Spaghetti Western for the Venice International Film Festival and served as a member or consultant for the selection committees of the Rome Film Fest, the Nifff – Neuchatel International Fantastic Film Festival, the Festival of Locarno and the Quinzaine des réalisateurs at Cannes. Since 2015, he has worked in the field of film distribution for Koch Media, for which he founded the label Midnight Factory and served as its artistic director. He directed the documentaries Totally Uncut, Fernando di Leo: la morale del cinema, I Tarantiniani (with Stefano Della Casa) and in 2013 produced the film Il notturno di Chopin directed by Aldo Lado.

Massimiliano Zanin
Italian screenwriter, producer and director. For over 15 years, he was filmmaker Tinto Brass’s screenwriter of choice and assistant on set. He directed the documentary Istintobrass, about the life and career of one of the most important auteurs in Italian cinema, which was in the official selection at the 70th Venice International Film Festival, and won him a nomination as one of the five finalists at the Nastri d’Argento 2014 for best documentary about cinema. With Federico Lami he produced the documentary Salvatrice, Sandra Milo si racconta which was in the official selection of the Rome Film Fest and the short film Inverno by Giulio Mastromauro, which won the David di Donatello 2020.