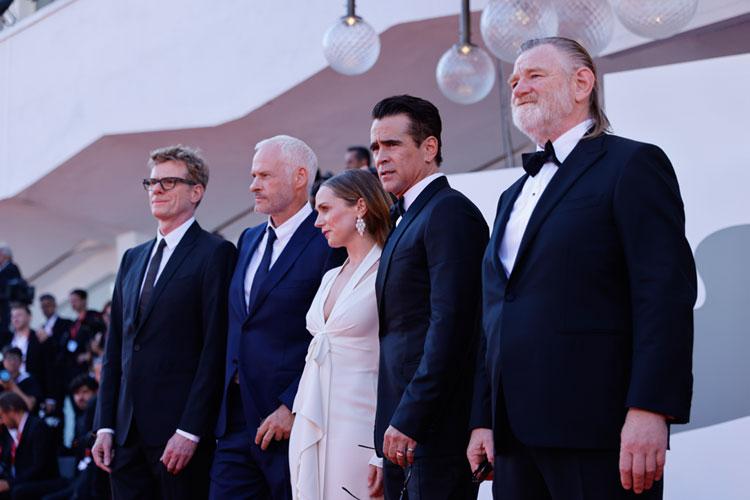 Nominations for the 2023 Oscars: 8 films from the Biennale Cinema win a total of 24 nominations

Nominations for Cate Blanchett, Coppa Volpi in Venice for TÁR and for the film winner of the Golden Lion, All the Beauty and the Bloodshed by Laura Poitras.

The nominations were announced today for the 2023 Oscars, and from the list of nominations eight films were presented at the 79th Venice International Film Festival of La Biennale di Venezia (The Banshees of Inisherin, TÁR, The Whale, Living, the Golden Lion winning film All the Beauty and the Bloodshed, Argentina 1985, Bardo-False Chronicle of a Handful of Truths, Blonde) receiving a total of 24 nominations.

The other nominations were received by six films presented at the 79th Venice International Film Festival:

La Biennale di Venezia wishes to congratulate all the personalities and productions of the 79th Venice Film Festival nominated for the Academy Awards, as well as the nominees from Italian cinema Alice Rohrwacher for best short film Le pupille, and Aldo Signoretti for best makeup in Elvis.