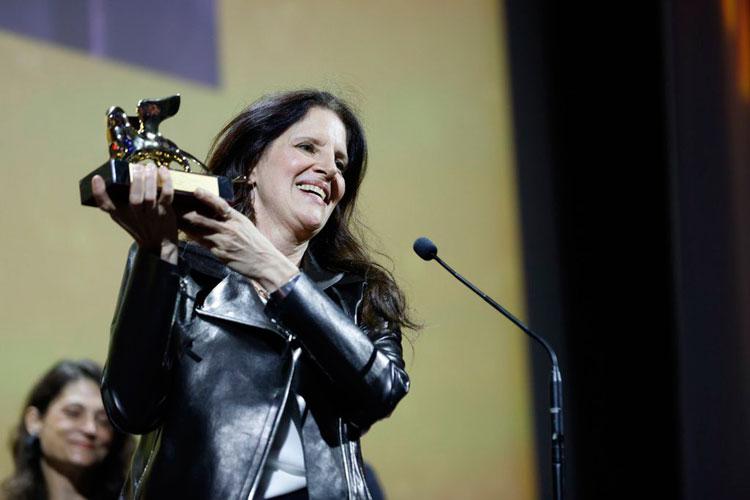 GOLDEN LION for Best Film to:
ALL THE BEAUTY AND THE BLOODSHED
by Laura Poitras (USA)

SILVER LION – AWARD FOR BEST DIRECTOR to:
Luca Guadagnino
for the film BONES AND ALL (USA, Italy)

COPPA VOLPI
for Best Actor:
Colin Farrell
in the film THE BANSHEES OF INISHERIN by Martin McDonagh (Ireland, UK, USA)

MARCELLO MASTROIANNI AWARD
for Best Young Actor or Actress to:
Taylor Russell
in the film BONES AND ALL by Luca Guadagnino (USA, Italy)

The ORIZZONTI Jury of the 79th Venice Film Festival, chaired by Isabel Coixet and comprised of Laura Bispuri, Antonio Campos, Sofia Djama and Edouard Waintrop, after screening the 18 feature-length films and 12 short films in competition has decided to award:

ORIZZONTI AWARD FOR BEST ACTRESS to:
Vera Gemma
in the film VERA by Tizza Covi and Rainer Frimmel (Austria)

LION OF THE FUTURE
“LUIGI DE LAURENTIIS” VENICE AWARD FOR A DEBUT FILM to:
SAINT OMER
by Alice Diop (France)

The VENICE CLASSICS Jury, chaired by Giulio Base and comprised of 21 students of Cinema, chosen from the professors of Italian University Cinema programmes, has decided to award:

VENICE CLASSICS AWARD FOR BEST DOCUMENTARY ON CINEMA to:
FRAGMENTS OF PARADISE
by KD Davison (USA)

The VENICE IMMERSIVE Jury, chaired by May Abdalla and comprised of David Adler and Blanca Li, after viewing the 30 projects in competition has decided to award: